President Donald Trump again lashed out about the almost 3,000 deaths attributed to Hurricane Maria in Puerto Rico last year, questioning the science behind the count even as Hurricane Florence pummeled the Carolina coasts.

Trump has repeatedly criticized Puerto Rico’s official death toll from Maria, which the territorial government dramatically increased to 2,975 in August after commissioning a study by George Washington University.

In a pair of tweets late Friday, Trump first quoted a Washington Post story, which recounted that he had been told only 16 people had died in the storm when he visited the island last September, shortly after Maria made landfall. He added his own skepticism about the toll’s increase, which he has previously blamed on Democrats, without substantiation.

The George Washington University study Puerto Rico commissioned — after many months of public complaints that casualties from the storm had been under-counted — compared the total number of deaths in the months following Hurricane Maria with historical patterns and demographic trends. It concluded that there were an estimated 2,975 deaths following the storm.

Trump called the federal response to Hurricane Maria an “unsung success” earlier in the week, and tweeted — without evidence — that the GWU study was an effort by Democrats to hurt him politically.

“3,000 people did not die in the two hurricanes that hit Puerto Rico,” Trump wrote. “When I left the Island, AFTER the storm had hit, they had anywhere from 6 to 18 deaths.”

Political officials from both sides of the aisle condemned the president’s statements and said they believed the death toll. Florida Governor Rick Scott, a Republican, tweeted that he disagreed with the president.

Trump’s angry response to criticism of his handling of Maria came as even former White House officials questioned his approach. Former Trump homeland security adviser Tom Bossert told the New York Times this week Trump lacked “empathy” in his response to the storm.

“I wish he’d paused and expressed that, instead of just focusing on the response success,” Bossert said.

The Trump administration has faced other scrutiny over its handling of last year’s hurricanes in recent months. A Government Accountability Office report released earlier this month criticized FEMA for failing to deploy enough qualified staff, among other problems in its response to Maria and other 2017 storms.

Trump’s frustrations may also be rooted in a recognition of the political danger raised by his government’s mishandling of the storm. Many Puerto Ricans who fled from Maria relocated in Florida, a crucial swing state central to the president’s election and Republican control of Congress. North Carolina, which has taken the brunt of Hurricane Florence, has become a presidential swing state. 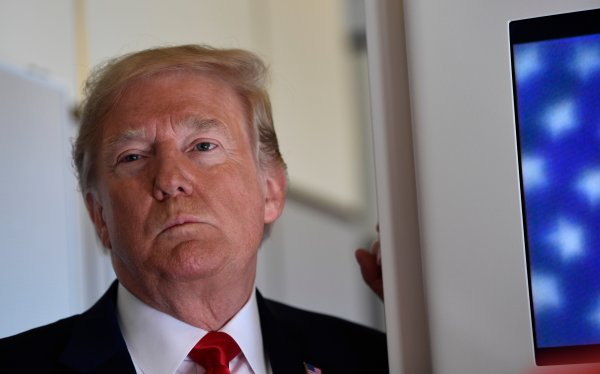