Did Lizzie Borden Really Take an Ax? The True Story Behind the Movie Lizzie

The new film Lizzie, starring Chloë Sevigny and Kristen Stewart, examines one of the 19th century’s most notorious murder suspects. But, despite the fame of her case, it remains surrounded by mystery.

In 1892, Lizzie Borden was accused of murdering her father and stepmother after both were found hacked to death in their home that August. Borden, whose conduct following her parents’ death was thought by some to be “strange” in its lack of emotion and who was known to have had a tense relationship with her family, was arrested and indicted by a grand jury. In 1893, she was acquitted of the murders, as the evidence submitted against her was mostly circumstantial. Even so, Borden became a national sensation and her trial — which TIME would later describe as a bigger deal than that year’s World’s Fair — graced headlines across the country.

More than 100 years after the trial, the unsolved grisly double murder still draws tremendous interest. Thanks to a grisly schoolyard poem — Lizzie Borden took an ax, and gave her mother 40 whacks… — her name remains far better known than the actual facts of what happened. Borden’s story has been the source material for musicals, a Lifetime miniseries and now a movie, out Sept. 14, that portrays the mysterious woman as a victim of the patriarchy. Borden might be remembered in connection with her parents’ gory end, but in Lizzie, it’s the men who are perpetuating the violence. Lizzie’s father, Andrew Borden, is shown as a controlling and cruel man whose actions range from maddening, like restricting his daughters’ independence, to vile: he repeatedly sexual assaults Bridget Sullivan, the family’s maid.

Sevigny’s Borden, with an affinity for animals, a zeal for music and a growing affection for Sullivan, is shown as a kind, queer woman coming to grips with the fact that the men in her life will only suppress her. As Lizzie tells it, Borden and Sullivan have an affair, and orchestrate the bloody murders of Andrew and Abby Borden as an act of self-liberation.

Much of Lizzie is based on unsubstantiated rumors about Lizzie Borden, which have only grown since she was acquitted. Here’s what’s real — and what’s fictional — in the movie.

It’s not just humans who face a hatchet in Lizzie. One particularly disturbing scene shows Borden’s father, in a fit of rage, beheading her beloved pet pigeons, leaving her distraught. The movie picks up on a popular theory about the Borden murders, which maintains that Andrew Borden killing the pigeons was part of what pushed Lizzie Borden to murder him.

That theory is hard to prove. Andrew Borden did, in fact, kill pigeons the family had kept, according to Lizzie Borden’s inquest statement. But Borden said he “wrung their necks.” She did not, at least in the statement, seem particularly concerned about the fate of the pigeons, which are described less like pets and more like livestock. Based on the inquest statement, it appears Borden did not kill the pigeons out of malice toward his daughter.

In June 1893 Lizzie Borden stood trial, later acquitted, for killing her father and stepmother with an ax.
Bettmann/Getty Images

Fact: The Bordens were wealthy, but still worried about money

Andrew Borden was a wealthy businessman, and the family’s estate was worth the equivalent of about $8.3 million. But Borden, as shown in the movie, was incredibly frugal and kept his daughters out of important financial matters. Lizzie Borden’s uncle, John Morse, is shown coming to meet with Andrew Borden about inheriting the property. In real life, Morse arrived shortly before the murders to discuss business matters with the Borden patriarch. Borden was also known for keeping a tight hand on the family purse strings.

In Lizzie, Andrew Borden and his wife disrespectfully call the maid, Bridget Sullivan, by the name of a previous employee, Maggie. It’s Lizzie Borden who uses Sullivan’s real name when addressing her — a sign that she sees her as an equal.

In real life, the entire Borden family, including Lizzie and her sister Emma, who was not home at the time of the murders, referred to Sullivan as Maggie, according to the maid’s testimony. “In the household, I was sometimes called Maggie, by Miss Emma and Miss Lizzie,” Sullivan said in her testimony. She later added that after Borden discovered her father’s body she called out, “Maggie, come quick!”

Another bit of conjecture about Lizzie Borden has to do with her sexuality, a theory that becomes a central point in Lizzie. Whether Borden actually had an affair with Bridget Sullivan is unclear; some have supposed Abby Borden caught the two together, leading Lizzie Borden to kill her. Others have said Andrew Borden was the one who caught them.

This theory is rooted in guesswork. Many people have pinpointed Borden’s real-life friendship with the actor Nance O’Neil, with whom she had a particularly close relationship of which her sister disapproved, as evidence that Borden was a lesbian; the public nature of the friendship between O’Neil and Borden meant that such gossip was already circulating during their lifetimes, according to an account of O’Neil’s life by Jennifer Jones Cavenaugh. On the other hand, Borden was an infamous figure and an unmarried woman — something that could have subjected any woman of the time to extra judgment — and no definite evidence one way or the other exists.

Fact: Bridget Sullivan was window-washing on the day of the murders

Bridget Sullivan is an accomplice to murder in Lizzie, though the real-life Sullivan was not a murder suspect. As seen in the film, Sullivan stands outside washing windows during the first murder, and it’s clear she knows what is going on. In reality, Sullivan had just washed the windows and was resting in her room when she heard Lizzie Borden call out that Andrew Borden was dead, according to her testimony.

In Lizzie, Lizzie Borden has frequent epileptic seizures, which furthers her isolation. Some theorizers eager to unravel the mystery of the Borden murders have turned to the notion that Lizzie Borden suffered from epilepsy and that she was having a seizure when she committed the first murder. While the film does not imply that Borden was having an epileptic fit when she kills her stepmother, it does show how seizures had a detrimental effect on her. Whether Borden really had epilepsy is unsubstantiated.

Fact: The Bordens did not always get along

As Lizzie reveals, Lizzie Borden, in her search for a better life beyond her family’s house, often butted heads with her father and stepmother. In real life, it appears Borden was close with her father, despite him getting in the way of her having a life of her own, but had an acrimonious relationship with Abby Borden, her stepmother. Sullivan in her testimony said the dynamic between Abby Borden and her stepdaughter was tense. 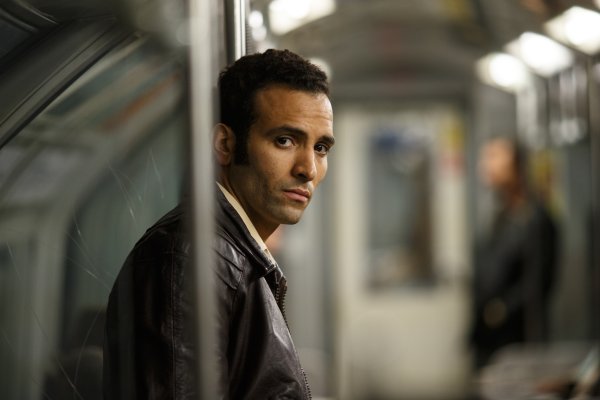 The True Story Behind the Movie 'The Angel'
Next Up: Editor's Pick