The 2018 Apple keynote event on Wednesday had plenty of buzzy moments, ranging from Tim Cook’s fake-out prank to the reveal of the latest edition of the iPhone, but Apple enthusiasts thought that the tech giant may have missed out on a major collaboration opportunity for their latest offerings.

The new iPhones were debuted at the Apple event and were named the iPhone XR and the iPhone XS. The latter name reminded some of the name of Australian rock band, INXS, who gained major fame in the ’80s. Apple fans soon took to the Internet to sound off on what believed was a missed dream collaboration to promote the newest iPhone.

These Twitter users wanted to know why INXS, although broken up now, wasn’t involved with the launch.

While this one used the similarity in names to indulge a bit of nostalgia.

Another brainstormed other potential collaborations for Apple. 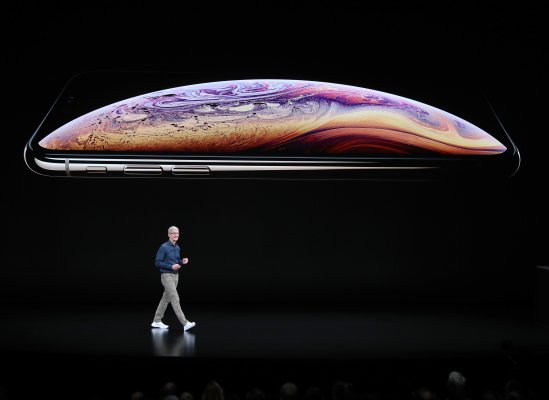 This Is How to Pronounce the New iPhone XS and XR
Next Up: Editor's Pick