Why It's So Hard to Calculate Death Tolls From Hurricanes

By Jamie Ducharme and Arpita Aneja

President Donald Trump on Thursday denounced a George Washington University study that attributed 2,975 deaths to Hurricane Maria, suggesting that the estimate — which is far higher than the 64 deaths initially reported — was politically motivated. In response, representatives from the GWU Milken Institute School of Public Health said they stand by their science, and “are confident that the number — 2,975 — is the most accurate and unbiased estimate of excess mortality to date.”

But how can a death toll jump from 64 to nearly 3,000? The answer hinges on one fundamental question: What constitutes a disaster death?

“You have to think of [64 and 3,000] as two different indicators,” says Carlos Santos-Burgoa, one of the GWU report’s authors and a professor of global health at the school.

“The 64 comes from death certificates that have stated that the death is related to the hurricane,” such as those caused by drowning, falling buildings or projectile debris, Burgoa explains.

Meanwhile, the number highlighted in the GWU report, which was based on an analysis of death certificates filed between September 2017 and February 2018, represents deaths “in excess of what would have been predicted if there had not been a hurricane, regardless of if a physician says it was related or not,” Burgoa says. This could include deaths caused by dangerous conditions encountered while evacuating, for example, or by disruptions to medical care stemming from widespread, lasting power outages in Puerto Rico, for example.

Centers for Disease Control and Prevention (CDC) guidelines say that these indirect deaths should be counted in disaster totals, but the GWU report found that “many physicians were not oriented in the appropriate certification protocol” and that “most physicians have no formal training in completing a death certificate and thus are not aware of appropriate death certification practices.” Add in challenges like impaired communications and transportation, which may affect normal reporting processes, and it’s easy to see how, by GWU’s estimates, some 2,911 deaths that should have been counted as storm-related were not.

(After the storm, in October 2017, the CDC pushed out more detailed information about what qualifies as a disaster-related death and what does not.)

An earlier study of Hurricane Maria deaths, published in July by researchers from the Harvard T.H. Chan School of Public Health, found an even wider margin of error. Harvard’s report, which was based on systematic household surveys throughout Puerto Rico, reached a estimate of 4,645 storm-related deaths between September and December 2017, many as a result of “delayed or interrupted health care.” Household surveys are often used to estimate death counts when regular reporting channels are unavailable or nonexistent.

This number may be higher than GWU’s, Burgoa says, because it used select households to extrapolate the total number of deaths. Burgoa likens the process to political polling, which can capture trends but may not be totally accurate.

“When you do political campaigns, you do surveys. But at the end, there is a result,” he says. “We had the result because we had the total universal deaths.”

These calculation complications are nothing new. Determining death counts after Hurricane Katrina, in 2005, was a similarly convoluted process. A study published in 2014, almost a full decade after the hurricane left huge swaths of New Orleans flooded and hospitals without power, attributed 1,170 deaths to Hurricane Katrina — 184 more than a widely cited 2008 study on the subject, thanks to new availability of autopsy data. Both of these numbers, however, were considerably lower than an initial estimate from the National Oceanic and Atmospheric Administration, which initially cited the death toll at 1,833.

Death tolls were much lower after Hurricane Sandy hit the East Coast in 2012, but calculations vary there, too. The National Hurricane Center said at least 87 deaths were directly or indirectly caused by Hurricane Sandy, while the CDC, using Red Cross data, tallied 117 deaths tied to the storm.

The CDC has strengthened its guidance around what counts as a disaster-related death in the years since Sandy and Katrina, but Burgoa says there’s still work to be done in clarifying and disseminating those policies. But more importantly, he says exact death counts are not the most meaningful piece of information to be gleaned from studying disasters.

“Our goal is to provide a way to move forward, to get away from the controversy of numbers and move into, what can we do to protect and prevent [deaths] in the future?” Burgoa says. “That is what is important for public health: What are the needs of the population?”

Write to Jamie Ducharme at jamie.ducharme@time.com and Arpita Aneja at arpita.aneja@time.com. 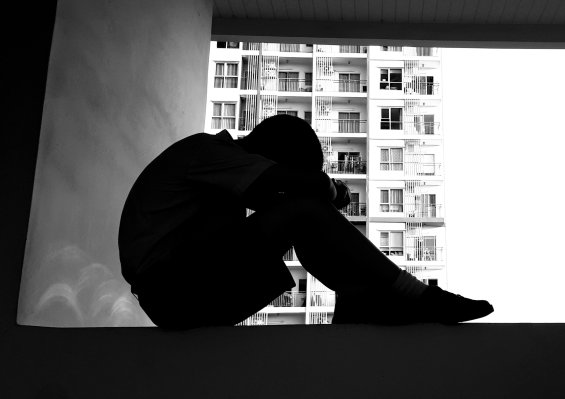 People Around the World Experienced Record Levels of Stress and Pain in 2017, Study Says
Next Up: Editor's Pick