Burt Reynolds Was a Star With Nothing to Hide

Reynolds in 1972, the year his career exploded: the performer was inseparable from the personality
Terry Disney—Getty Images
By Stephanie Zacharek

If you went to the movies in the decade that followed 1972, you couldn’t avoid Burt Reynolds: his role in that year’s thriller Deliverance jump-started a seemingly unstoppable career.

Reynolds, who died at age 82 on Sept. 6, was the affable anchor of action films and comedies–The Longest Yard (1974), Smokey and the Bandit (1977)–that weren’t always taken seriously by critics. But he was marvelous in them, a charismatic, low-key gentleman rogue. He riffed on that persona in TV talk-show appearances of the day; when he showed up on Johnny Carson’s show in a slightly absurd maroon suit with white piping, it was to let the audience know he knew just how ridiculous it was.

But he looked amazing in anything and nothing: in 1972 he posed naked on a bearskin rug for Cosmopolitan, the drooping cigarette clenched between his teeth drawing more attention to his slow-burning smile than to anything else. Reynolds later expressed regrets about the centerfold, saying it may have hurt his acting career. He eventually did earn an Oscar nomination in 1998, for his role in Boogie Nights, but no accolade could have made Reynolds any more charming. He had a sense of humor about everything, most of all himself. A naked man with his cigarette at half-mast has nothing to hide. 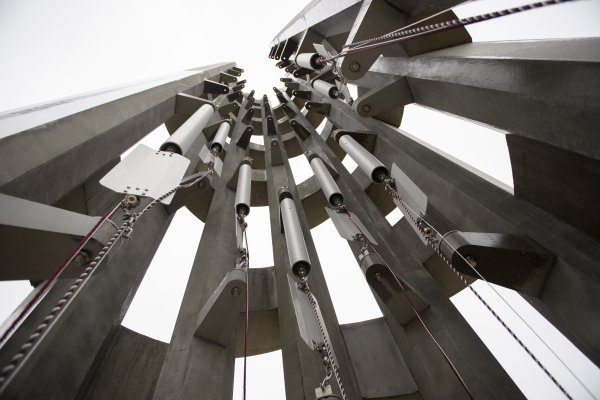 'Tower of Voices' Honors Heroes of Flight 93
Next Up: Editor's Pick