Carrie Underwood built one of the most consistent careers in country music on songs about other people. She named her last album Storyteller for a reason: she likes booming power ballads, rowdy revenge tales and slices of life from the American countryside. Her personal life has never been part of her appeal. (“I’m not a center-of-attention kind of person,” she told the Today show earlier this year.) But Underwood’s spent more time in the spotlight recently after suffering a devastating accident at home, one that left her with a broken wrist and serious facial injuries. “Even though I’ve had the best people helping me, I’m still healing and not looking quite the same,” she wrote to fans in January. “When I am ready to get in front of a camera, I want you all to understand why I might look a bit different.”

When Underwood revealed her sixth studio album, Cry Pretty, in April, it seemed like her spin on a classic pop-music trope: the “most personal album yet.” The gusty lead single is textbook arena country shadowed by vague allusions to troubled times; Underwood co-produced the album and co-wrote nine of its 13 tracks, her highest degree of personal involvement to date. Yet like so many other albums that purport to contain some new level of vulnerability, Cry Pretty doesn’t deviate much from the formula that’s defined the rest of Underwood’s discography. It’s more interesting for how it sounds than for what it says.

Underwood co-produced Cry Pretty with David Garcia, a veteran of country and Christian music best known for working on Bebe Rexha and Florida Georgia Line’s smash hit “Meant to Be.” That song dominated country radio by fusing Nashville charisma and contemporary pop arrangement, and the most interesting songs on Cry Pretty try to strike the same balance. The experimentation is gentle in some spots–the delicate “Backsliding” is built on a sparse digital beat and fleshed out with chiming guitars–but Underwood is at her most compelling when she’s pushed out of her comfort zone. She teases an intriguing sing-rap cadence on “That Song That We Used to Make Love To,” and the sparkling “End Up With You” is a winning experiment with vocal processing and a dancehall rhythm.

Cry Pretty is still stuffed with plenty of fodder for traditionalists. “Southbound” is a feel-good party anthem begging to be licensed by a Gulf Coast state’s tourism board, and “Drinking Alone” is a bluesy, darkly comic waltz about two sad sacks who bond over misery at the bar. Underwood also dips her toe into advocacy with social-consciousness ballads like “Love Wins” and “The Bullet,” which mourns a victim of gun violence. These songs are simple and sturdy but too mushy and equivocal to have any real impact. And outside of the title track and the closer “Kingdom”–a celebration of domestic pleasures, even as life “ain’t always pretty as a picture”–you’re left with little sense of the woman behind these songs. Cry Pretty might boast a new coat of paint, but it ultimately suggests that Underwood has recovered her footing by returning to what feels comfortable. 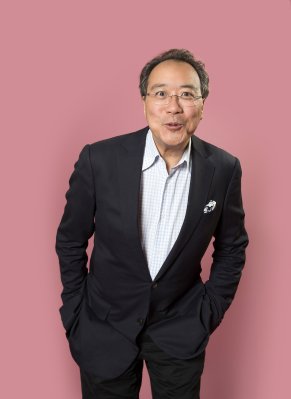 Yo-Yo Ma Looks at Music Like It's DNA
Next Up: Editor's Pick