Malaysia's Anwar Ibrahim: We Must Move on From 'Tortures of the Past'

Almost exactly two decades since he was ousted from power, Malaysia’s reformist icon Anwar Ibrahim is staging a political comeback. Once one of the nation’s most powerful men, Anwar spent much of the past 20 years jailed under two sodomy charges, largely viewed as politically-motivated. In a startling twist, he’s now back on track to the nation’s highest office after teaming up with his nemesis to wrest the country from a kleptocratic government engulfed in scandal.

The producers of House of Cards could hardly have envisioned a more dramatic feud than the one that unfolded among Malaysia’s political titans. This week, a new episode begins as Anwar, the former deputy prime minister, announced he will contest a parliamentary seat, taking the first step in a path to succeed Prime Minister Mahathir Mohamad.

Unable to join this year’s elections because he was still behind bars, Anwar, now 71, agreed to have Mahathir lead his opposition coalition with the understanding that the reins would eventually be handed over. The unlikely alliance between bitter rivals delivered Malaysia its first opposition government since the country’s independence in 1957, a rare victory in a region where democracy was seen to be on the backfoot.

With 93-year-old Mahathir now steering Malaysia, it remains unclear when power would be transferred to Anwar, who was pardoned one week after the election, or if there will be further installments in this political standoff.

TIME spoke with Anwar on Sept. 12 about his path from prison to power, Malaysia’s relationship with China and his blistering criticism of another of Southeast Asia’s political icons — Myanmar’s de facto leader Aung San Suu Kyi.

T-shirts depicting Anwar Ibrahim are displayed at a rally in Kuala Lumpur, Malaysia on May 16, 2018.
Lai Seng Sin—Reuters

How long do you see yourself supporting the government, rather than leading it?

I don’t think I need to rush into office as prime minister. Our understanding is that I will [assume office], in due course. In this period of transition we’ll support Prime Minister Mahathir’s reign to allow him to deal with the more contentious, difficult issues, like seeking the funds squandered from the coffers of the state, getting the institutions in place, working toward parliamentary reform. I’ll help, but this requires time and space given to Prime Minister Mahathir.

Mahathir has double-crossed you before. How can you be sure he will honor your agreement?

[Laughs] Well, we have had excellent relations in the past when we worked together [as prime minister and deputy]. And the country was doing, relative to the present scenario, remarkably well. Then, of course, there was this contentious battle. It was bitter, rancorous. After these two extremes, we decided to work together to save the country from the excesses and to undertake the necessary reforms. It’s not just an issue of leadership: Mahathir, and then Anwar, it’s also the commitment to these reforms.

Do I trust him? I have no reason not to because of what happened in the past. That’s history.

Well it was a painful experience for me to be kept under solitary confinement, to be humiliated for decades and for Aziza, my wife, and for my kids to also suffer the ignominy. People used all sorts of dirty tricks to humiliate and denigrate the opposition leaders. I was not the only one. But we all emerged as a group saying, “Look, what’s done is done. It cannot be undone. But what we need to focus on now is rebuilding the country.” I would rather focus on this than relive the tortures of the past.

How is Malaysia’s new government faring?

Well it’s been four months and we are breaking free from the 61-year-old rule by the old regime. For the first time, the media is free to comment on and criticize the government, or support it if they choose. And this to my mind is a remarkable feat of democracy. But we want to go beyond that by strengthening the institutions. With Mahathir’s initiative to rid the country of endemic corruption I believe people are getting the message. Those who hold office know that we will not compromise on the need to cleanse the system from corruption.

How about the 1MDB scandal?

Our interest, of course, is to recover most of the losses. I don’t believe we can recover [it all] completely. But professional investigations, and collaborations from all the various countries, would help. For now, we have good cooperation from other countries, including the Department of Justice in the United States of America, and the Swiss authorities.

Mahathir has made waves pushing back on Chinese investment, warning Beijing against ‘new colonialism.’ Should buyers beware?

Clearly what he meant was any form of neo-colonialism and imperialism will not be tolerated. I think most of us share that view. [The concerns are] tied to some of the cancellations of massive development contracts. This is partly due to the stark realities we have to face. We can’t afford a mammoth, 55 billion Ringgit ($13 billion) project now. And secondly, there were issues raised about these dubious deals made with Chinese companies. I think we have every right to reevaluate and reassess these projects, not only with China, but with all countries.

How should Malaysia balance relations with the U.S. and with China?

Most of us would prefer a strong bond with both. This would be critical for the economy too. In terms of security, I think we should avoid being the center of conflict, while continuing to engage effectively.

The caning happened in a state controlled by the Islamic Party in the northeast. Their interpretation of [Islamic law] is obscure, and not shared by many Muslims. More important to me in religion is the value of compassion and understanding. You can’t persecute or prosecute those who you think do not share your beliefs.

Do you think Malaysia could follow India’s lead, decriminalizing homosexuality laws you yourself were imprisoned under?

These laws are archaic. They were introduced by the British, and we applied them. I also have called for refining the law, because it has so often been abused. Now, having said that, we also have to respect the sentiments of the vast majority of the Muslims, Hindus, Buddhists, Christians in our country who value and respect the sanctity of marriage between men and women. Our concern is not to what you may subscribe to individually, as a private person. But if you want to impose your values on the rest. You have to balance between the rights of these people, in their private domain, and the choice of the vast majority in this country. Although this doesn’t seem to gel with the narrative in some parts of the West.

Your imprisonment and opposition movement have drawn comparisons to Myanmar’s leader Aung San Suu Kyi. What do you make of her refusal to condemn military atrocities against the Rohingya?

I have been consistent in saying the atrocities committed against minorities, including the Rohingya, are deplorable. [When Myanmar began transitioning from a military dictatorship to a democracy] we were all pro-Aung San Suu Kyi, supportive of her. So, to say the least, it was alarming to see that she could ignore the plight of minorities, even those who had supported her in that dark period of her struggle.

I have been consistent in decrying the killings. [Whether it’s] Rohingya or those in Syria, we have to speak out. What’s to be done? Well of course it’s not easy. But at least, at the barest minimum, countries must be voicing their concern. We cannot talk about peaceful coexistence, and a free ASEAN when you tolerate atrocities in your own backyard. So, at least, the situation demands a strong position from ASEAN.

Since you were pardoned it’s been a turbulent time for democracy, including in the U.S. What do you make of it?

I think to some, the administration under Trump appears to have lost its [democratic] ideals. It’s not only an issue of human rights, but also of trade, the limitations of protectionism, ignoring abject poverty, the marginalization of minorities and the condoning of inequality. In the States and in Europe you find the re-emergence of fascism. Of course, it is disconcerting. We used to think of the West as the beacon of hope, of democracy, of capitalism. But now, no longer. 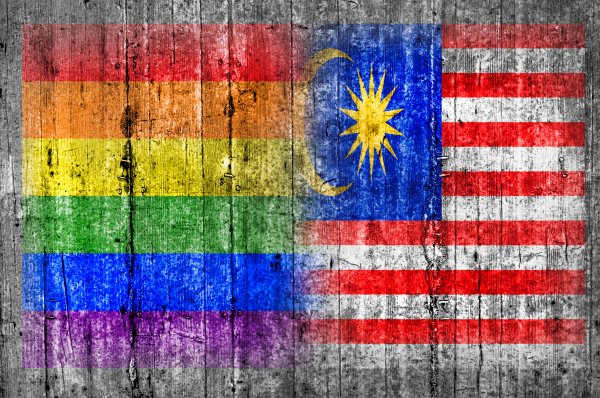