We Spent Some Time With Apple’s Colorful iPhone XR. Here’s What You Should Know

The iPhone XR is the cheapest of the three, thanks to its removal of more than a few desired features. The lack of those niceties, coupled with a $749 price point, means deciding which iPhone you really want is a bit more complicated than before.

On the surface, the iPhone XR feels like an iPhone X, at least from the front. It’s large, with a 6.1-inch display and familiar cutout at the top of the screen for FaceID recognition. It also feels particularly dense, weighing just a few grams more than the XS. There’s no home button, meaning there’s no TouchID (though you can tap the front to view its lock screen). Inside it even shares the same brand new A12 Bionic processor found in the new XS and XS Max, and features IP67 waterproofing up to one meter for 20 minutes. The iPhone XR’s LCD display (dubbed Liquid Retina HD) looks sharp, and won’t disappoint, but the differences in quality are noticeable when compared to its more costly iPhone XS and XS Max counterparts, both of which have OLED displays.

Turn it to the side, however, and you’ll see how you can confuse it with an iPhone 8 (or 7, or 6). Instead of the stainless steel of the iPhone X, its housing is made of aluminum, and features a glass back to make wireless charging possible. On that back is one 12-megapixel camera. Want two back cameras? Cough up an extra $250 for the XS, buddy.

That brings me to pricing, a real issue when it comes to the iPhone XR. It’s certainly cheaper than the $999 iPhone XS, and since it starts at $749, it’s certainly nice to see Apple releasing phones that don’t cost $1000. Still, that “cheap” price will cost you in the long run as far as features are concerned.

The removal of 3D Touch as a navigation tool, substituted with a handicapped version that only launches the camera from the lock screen, is a real shame. No second camera lens means no 2x optical zoom. And the Portrait Mode only relies on software rather than an actual second lens.

The introduction of the XR is somewhat befuddling to me. It’s not a flagship device but it’s price point suggests it would at least, like an iPhone 8 Plus, have features like a secondary camera. In terms of feature fragmentation, Apple had been doing what Google couldn’t when it came to ensuring nearly every device had the same (or comparable) hardware. With the introduction of iPhones ditching the Apple-made feature of 3D Touch, it could spell the death of one of Apple’s most promising features, even if no one really uses it. It also means developers might have a harder time taking advantage of those features if Apple decides to remove any more.

Those colors really pop, though. The iPhone XR, available for pre-order Oct. 19 and launching on Oct. 26, will be available in Red, Yellow, White, Coral, Black and Blue. That might be just enough to get someone to buy it, even if it’s for their teenage kid. 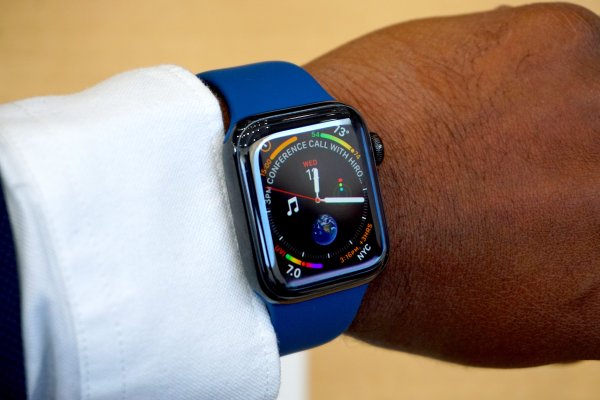 I Just Tried the New Apple Watch. Here's What I Think So Far
Next Up: Editor's Pick