We Shouldn’t Need Multiple Accusers to Stop a Sexual Harasser

It took 12 women to push one man from his perch. Leslie Moonves, the chairman and CEO of CBS, departed the company after a total of a dozen sexual-harassment and assault allegations were leveled against him — six over a month ago, then six more on Sept. 9 after weeks of discussions but little action on ousting one of TV’s titans.

This is how these cases seem to go: One person speaks out, or maybe two or three talk to a reporter. Only after the initial accusations are made public do the floodgates open. This cascading effect — that it’s tough to get anyone to speak out first, but appears almost inevitable that more voices will then follow — illuminates some of the remaining challenges of combatting sexual harassment across our culture.

We now seem to expect that a harasser will have a long list of victims, whether he (or she) is famous or not. But there are consequences to that assumption: It inevitably makes it harder for a single accuser to have her claims heard. When part of validating a claim is seeing who else has had a similar experience, a dearth of other voices becomes a strike against the veracity of the accuser’s story — regardless of fairness.

This, in turn, perpetuates harassment. When multiple accusations becomes the standard, a harasser has more leeway to harass — in some of the highest-profile #MeToo cases, that meant years or even decades of abuse. Had a single substantiated story been enough to level serious consequences, there would have been less havoc wreaked on women’s lives and livelihoods. There is, after all, always a first victim.

Workplaces are increasingly mandating sexual-harassment training and publishing clearer reporting guidelines. Several states and municipalities are moving to formalize new requirements. The most expansive may be in New York State, where employers will soon have to inform workers of how they can report harassment. By next month, employers will need to have a policy on the books and to annually train all employees in prevention. Already, the state has barred employers from mandating that sexual-harassment claims be resolved in arbitration, among further reforms.

These efforts are commendable (if a headache for employers). But as the requirements develop, we risk setting our false assumptions in stone.

Another example: Contrary to past thinking, sexual harassment is more about power than desire. And a man doesn’t have to be Les Moonves or Harvey Weinstein or a reality-TV star/realty magnate to have power over others. He could be the manager of a store, the owner of a restaurant, a partner at a law firm, a fellow worker who feels that by virtue of his gender, race, education or marginal seniority he has authority over those around him. As they build their new structures, then, companies must create paths to reporting that don’t presume the accuser and the accused are on equal standing.

But changing a place’s culture is, frankly, hard to legislate and often ephemeral. So companies must scout for what they’ve overlooked in the past. Are there significant numbers of women in senior roles? Are there people who may not be harassers but who bully subordinates? People whose behavior is written off as “Bob just being Bob”?

It is not enough to assume that progress will win out, even after change takes place. Yes, we’re in a moment where women (and many men) are collectively appalled at how high assailants were allowed to rise. And feminist shifts have let us more clearly see harassment in that context — and not as a personal quirk (“that’s just how Harvey is”) or a natural outcome (“that’s just how men are”). Yet well into the #MeToo era, some of the CBS board reportedly knew that a woman had gone to the police to file a criminal sexual-assault complaint against Moonves, and they still didn’t take public action until an article in the New Yorker embarrassed them into it. (Moonves has denied the allegations.) If this is how a moneyed, PR-conscious company behaves, imagine how negligently others act.

This is why multiple accusations cannot be a standard in the new world we build. One report of harassment should have spurred CBS into action. It’s critical that, be it at a big company against a famous man or in a small workplace against a middle manager, a single accusation isn’t treated as evidence of an inadequate claim but rather as one of many opportunities to curtail harassment as it begins. 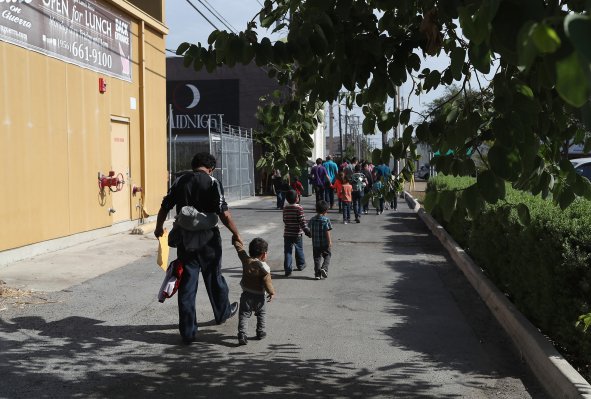 After 9/11, Americans United to Protect the Country. Today, We're Divided By Threats That Don't Exist
Next Up: Editor's Pick