'I'm Smarter.' Jamie Dimon Says He Could Beat Trump in an Election — and Quickly Walks It Back

“I think I could beat Trump” in an election, the broadcaster quoted the bank’s chief executive officer and chairman as saying at an event Wednesday to tout the firm’s philanthropy. “I’m as tough as he is, I’m smarter than he is.”

Dimon has previously said he has no intention of running for the U.S. presidency, saying he’s not sure being a corporate leader translates well into the political arena. But he flaunted his business success in an additional dig at Trump.

“And by the way, this wealthy New Yorker actually earned his money,” Dimon said, according to CNBC. “It wasn’t a gift from daddy.”

By noon, the bank sent out a statement from Dimon, its chairman and chief executive officer, backtracking completely: “I should not have said it. I’m not running for president. Proves I wouldn’t make a good politician. I get frustrated because I want all sides to come together to help solve big problems.” 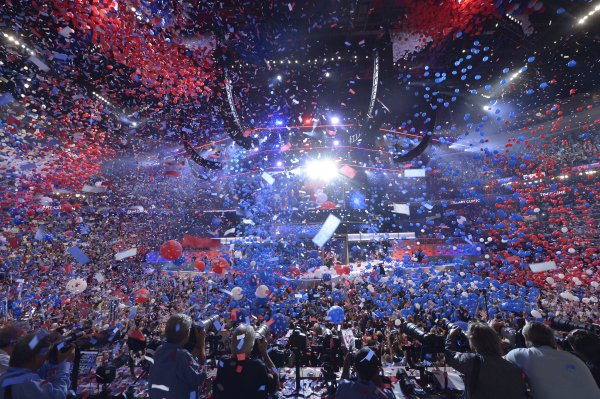 Democrats Vote to Dramatically Reduce Influence of Superdelegates on Presidential Nominations
Next Up: Editor's Pick