People Around the World Experienced Record Levels of Stress and Pain in 2017, Study Says

Last year was the worst in at least a decade for people across the globe, according to Gallup’s annual Global Emotions report.

Gallup’s Negative Experience Index — a measure of how many people experienced worry, stress, sadness, anger or pain on the day before the survey — reached its highest point since 2006, according the report. Almost 40% of adults from 146 countries said they’d experienced worry or stress the day before the survey, while 31% said they’d felt physical pain, 23% said they’d been sad and 20% said they’d felt anger. Those results tallied up to a Negative Experience score of 30, up from 28 in 2016 — and way up from 23 in 2007.

“Collectively, the world is more stressed, worried, sad and in pain today than we’ve ever seen it,” Gallup Managing Editor Mohamed Younis wrote in the report, which was based on more than 154,000 interviews with adults across the globe.

The global Positive Experience Index, meanwhile, trended downward for the second year in a row. About 70% of adults from 147 countries said they’d experienced “a lot of enjoyment, smiled or laughed a lot, felt well-rested and felt treated with respect” on the day before the survey, while only about 46% said they learned or did something interesting yesterday. Those results gave the world a Positive Experiences score of 69, which is on-par with the preceding decade but slightly down from 2016’s rank of 70.

Paraguay topped Gallup’s Positive Experience list with a score of 85, which the study says could reflect Latin American countries’ tendency to “focus on life’s positives,” despite high levels of poverty and a history of political turmoil in the country. Colombia, El Salvador and Guatemala were next highest. Meanwhile, Central African Republic, which has for years been gripped by violent conflict that has left nearly 615,000 people displaced, reported the world’s highest Negative Experience Index, followed by Iraq, South Sudan and Chad.

The United States was among the countries with the most positive experiences, and toward the middle of the pack for negative experiences. Domestic surveys, however, show that levels of stress, anxiety and depression are high here — and just 33% of Americans said they were happy in a 2017 poll. 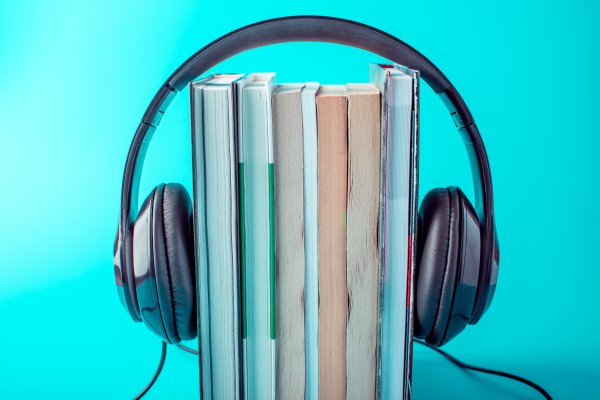 Are Audiobooks As Good For You As Reading? Here’s What Experts Say
Next Up: Editor's Pick