'Already Dead to Us': Why the Trump Administration Has a Problem with the International Criminal Court

President Trump’s National Security Adviser John Bolton launched a broadside against the International Criminal Court (ICC), the body mandated by most of the international community to prosecute genocide, war crimes and crimes against humanity. In a speech to the conservative Federalist Society on Monday, Bolton announced that Washington would “use any means necessary” to push back against the organization’s influence.

The ICC was established in 2002 in response to a decade of human rights abuses in countries such as Rwanda and the former Yugoslavia. Supported by 123 nations, it was intended to act as a “court of last resort,” to step in when nations’ legal systems fail. Since then, it has succeeded in convicting several war criminals, even as critics have slammed its slow bureaucracy and its toothlessness in prosecuting crimes outside Africa.

Bolton added to those criticisms on Monday, his ire apparently provoked by the Court’s preparation to launch a probe into war crimes in Afghanistan. Last November, the ICC’s chief prosecutor asked judges to authorize an investigation, which could include examining the alleged torture of detainees by U.S. military and intelligence personnel. “Any day now,” Bolton said, “the ICC may announce the start of a formal investigation against these American patriots.” As a result, he warned, Washington was ready to take steps including banning judges of the “illegitimate court” from the country and sanctioning their funds in the U.S. financial system.

It wasn’t first time Bolton has crossed the Court. Like several countries, the U.S. sees the court as a challenge to its constitutional authority. The U.S. joined Israel, China and Saudi Arabia in refusing to ratify the ICC’s founding document in 2002, citing its “unacceptable consequences for our national sovereignty.” A key person working on that decision was an Under Secretary of State in the George W. Bush Administration: John R. Bolton.

In the years that followed, he spearheaded the signing of approximately 100 bilateral deals to prevent countries around the world handing Americans over to the ICC.That work, he said on Monday, “remains one of my proudest achievements.” None of those deals has ever been tested—no American has been indicted by the Court, let alone convicted. But murmurs of an investigation into war crimes in Afghanistan threaten to change that.

Although the U.S. is not a member of the ICC, Afghanistan is. As a result, crimes committed on its territory can legally be brought to the Court, no matter the nationality of the perpetrator. “What we saw from Mr. Bolton on Sept. 10 was a preemptive strike to intimidate the ICC,” the director of the international justice program at Human Rights Watch, Richard Dicker, tells TIME.

Washington’s resistance to the ICC is not new, but the threats coming from a senior administration official are—not to mention that the country’s refusal to cooperate could hinder other investigations, too, including Taliban war crimes committed in Afghanistan. “Bolton barely referenced any importance to holding to account in fair trial those responsible for mass slaughter of civilians, the use of rape as a weapon of war, ethnic cleansing as a practice,” says Dicker. “The first casualty here is any prospect of the U.S. credibly asserting itself as a champion for justice.”

But it seems Bolton has a different casualty in mind. “The ICC,” he said in his speech, “is already dead to us.” 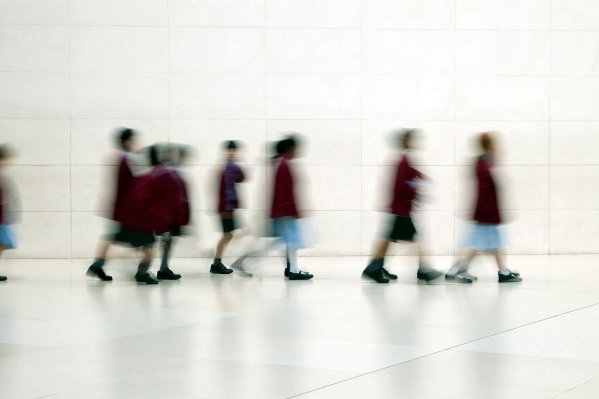