Apple on Wednesday introduced a new health-focused Apple Watch, called the Apple Watch Series 4, with a larger display and a thinner overall body.

“Everything about it has been redesigned and reengineered,” said Apple COO Jeff Williams.

The Apple Watch Series 4 has a handful of new watch faces to take advantage of the increase in screen real estate, including one with photos of users’ contacts that can be tapped to quickly make a call. Another face is based on Apple’s Breathe app, which guides users through a deep breathing exercise.

Thanks to a new accelerometer and gyroscope, the new Apple Watch can tell if a wearer falls. Upon detecting a fall, it will ask if the user needs help. If the Apple Watch doesn’t detect any movement for one minute, it will automatically send your location to emergency responders.

Along similar health-minded lines, the Apple Watch Series 4 can tell if your heart rate drops too low, or if you have an irregular heartbeat that may suggest atrial fibrillation. The new Apple Watch also allows users to take an electrocardiogram, or ECG. A built-in app can then check the results for potential problems, as well as record the data for users to share with medical experts.

“This is the first ECG product offered over-the-counter directly to consumers,” said Williams. (AliveCor’s KardiaBand, an Apple Watch accessory, and KardiaMobile, which works with iPhones and other mobile devices, offer similar functionality.) The new Apple Watch has clearance from the Food and Drug Administration (FDA), Williams added.

Williams said the Series 4 was designed to better handle phone calls with a new speaker, microphone, and construction that lets radio waves more easily pass through the rear of the device.

The new Apple Watch will be available in an array of stainless and aluminum options starting at $399 on Sept. 21, with pre-orders beginning Friday. An option with built-in cellular connectivity will run $499. The older Series 3 model will still be available, but at the cheaper price of $279.

The new Apple Watch may help the company capture more of the smartwatch market as we head into the typically lucrative holiday buying season. Apple has just under 20% of that market as of the second quarter, according to research firm IDC. 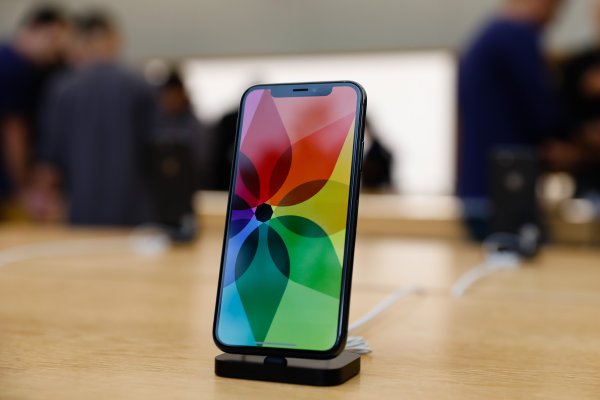 Here's How to Watch Apple's iPhone Event Live Today
Next Up: Editor's Pick