After 9/11, Americans United to Protect the Country. Today, We're Divided By Threats That Don't Exist

Seventeen years ago today, 9/11 brought America together. Our diverse nation flew the American flag, donated blood and gathered for candlelight vigils together. On the steps of the Capitol, Republicans and Democrats in Congress sang “God Bless America” as one voice.

We also tightened the rules of our country dramatically. Soon after they sang, Congress introduced strict measures and initiated monitoring as means of protection. Officials passed 48 pieces of legislation, created over 260 new government organizations and spent over $600 billion on homeland security from 2001 to 2011. The Patriot Act, hurriedly drafted and signed a month after the attacks by 98 out of 100 senators, authorized unprecedented scrutiny of Americans. The Transportation Security Administration launched elaborate security requirements and pre-screening processes at airports.

This effect — what I call “tightness” — was a natural reflexive response to a threat that serves an important purpose: social cohesion. The sight of jetliners crashing into icons of American strength made all of us feel extremely vulnerable — and willing to trade some of our personal liberties for our collective safety. It’s a primal human pattern. In studies of hundreds of hunter-gatherer groups, as well as nation-states from the Aztecs to the Romans, cultures that experienced real threats, such as famine and warfare, adopted very strong rules and favored autocratic leaders. Even today, nations with the most stringent rules are the ones who have historically experienced the highest levels of invasions, natural disasters and pathogen outbreaks. Through strict norms and sanctions, we mobilize communities to respond efficiently to material threats.

Today, though, Americans witnessing something else altogether. Instead of being united by real threats, we’re being divided by artificial ones. These fake threats are prompting unnecessary tightening — and jeopardizing our values.

Many of the threats we’ve faced as Americans — from violence to starvation to disease — have actually declined precipitously, yet our perceptions of these threats are grossly exaggerated. In a January 2018 Pew survey, Americans ranked defending the nation from terrorist attacks as one of the most important issues for President Donald Trump and Congress, even though jihadist terrorists have killed about 6 people each year in the United States since 9/11. (By comparison, about 335 Americans drown in a bathtub each year.) Despite the demise of ISIS, as of November 2017, 68% of Americans still saw it as a major threat to the nation.

Trump himself constantly provides false information on threats. His Twitter feed is essentially designed to tighten our minds. Ruthlessly and effectively, he has used threatening language to encourage Americans to fear virtually anyone different from them — including women who have abortions, China, the media, black athletes, Muslims and Mexicans. He still rallies crowds to “build the wall,” even though illegal immigration across the southern border has declined sharply in recent decades, and he argues against the available evidence that overwhelmingly says undocumented immigrants are not disproportionately committing crimes against Americans. No wonder that Americans, overestimate the percentage of the nation’s population made up of immigrants in the country by three-fold. And even though research has shown that the vast majority of Muslim immigrants want to integrate into American society and express patriotic sentiments, nearly one in six Americans believe these U.S. citizens shouldn’t have the right to vote. There is clearly a colossal misunderstanding of “the other.”

Societal tightening in response to a real threat is adaptive, but tightening in response to manufactured or exaggerated threats can be destructive because it unnecessarily causes us to sacrifice liberty for security. To be sure, safeguarding our homeland requires vigilant monitoring of real threats. But we’re facing unprecedented levels of fake, manufactured and exaggerated threats that are pushing our nation toward unnecessary — and dangerous — levels of tightness.

On 9/11 we stood together, regardless of race, color or creed, to deal with an objective threat from outside. Now we need to unite again to deal with exaggerated threat from within that is endangering our country. We need to recognize that we’re often punching at the shadows of fake threats and irrationally fearing groups that have much more in common with us than caricatures would have us believe.

The American public has witnessed an important display of how it can improve as the parents of Mollie Tibbetts, who was slain by an undocumented immigrant, steadfastly demand that we do not generalize one bad person’s behavior. In an op-ed for the Des Moines Register, Rob Tibbetts, Mollie’s father, wrote, “The person who is accused of taking Mollie’s life is no more a reflection of the Hispanic community as white supremacists are of all white people. To suggest otherwise is a lie.” In doing so, he gives us an opening to rethink how we can deal with exaggerated threats.

My research also shows that creating spaces for empathy can prove invaluable for combating intergroup hostility. In 2015, my colleagues and I interviewed Americans and Pakistanis on their views of each other’s culture. We found that both groups held highly negative beliefs about the other. Pakistanis considered Americans as immoral and arrogant. Americans saw Pakistanis as overly constrained, aggressive, and violent.

In our forthcoming study, we wondered if we could lessen intergroup hostility by giving each group a more realistic window into each other’s lives. We didn’t have the budget to fly Pakistanis to the United States or vice versa. But what if Americans were able to read the actual daily diaries of Pakistanis, and Pakistanis were able to read the diaries of Americans, over the course of a week? Would this exposure to one another’s day-to-day lives change their attitudes?

It did. While they still recognized their cultures are different, they started to viewed the two cultures as being far more similar than they realized. What’s more, Pakistani participants who read Americans’ diaries viewed Americans as more moral and as having less of a sense of superiority over other cultures. And by the end of this intervention, our American participants who read diaries written by Pakistanis viewed them as less violent and more fun-loving.

To be sure, interventions like this don’t always work and can even backfire. But creating spaces to really learn about people from other cultures holds tremendous promise for defusing stereotypes, heading off conflict, and reducing the feeling of threat that we have of “the other.”

This might sound idealistic, or even unrealistic, but every day, Americans are finding ways to meaningfully interact with others with whom they feel threatened — with transformations taking place along the way.

In 2017, at a Dairy Queen in Dallas, Tex., David Wright, a white man who had founded a militia with the mission of rooting out Islamic terrorists in the state, met with Ali Ghouri, a member of a local mosque where Wright and his coalition had protested with weapons and signs reading “Stop the Islamization of America.” Each man brought a friend — and a gun. After talking for hours, the four men found a lot of common ground. They learned about each other’s devotion to American values and how all of them wanted to stop terrorism-related crime. By the end of the conversation, Wright promised he wouldn’t protest in front of Ghouri’s mosque. The men didn’t come to many other agreements, but they did find that they shared a love of cigarettes, guns and Texas. Above all, they had confronted their own discomfort with someone perceived to be threatening their way of life.

But this is just one instance. We need to strive for many more of these close encounters with others with whom we feel threat.

Culture is both the cause and the cure of many of our most pressing issues. We need to work every day to interact with people outside of our comfort zones and find our common humanity. This is what defines our great nation. It has in the past, and it can — and should — be our priority in the present. 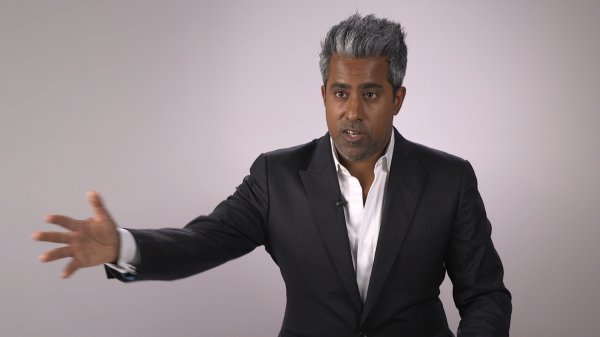 America Relies Too Much Upon the Generosity of the Rich
Next Up: Editor's Pick