A charter school in Hephzibah, Ga., has introduced a policy of paddling its students as punishment, according to local news station WRDW/WAGT.

The Georgia School of Innovation and the Classics (GSIC) sent home a consent form to parents requesting permission to use the corporal punishment on their children if they act out in the classroom, according to the local news report.

“There was a time where corporal punishment was kind of the norm in school and you didn’t have the problems that you have,” Superintendent Jody Boulineau told WRDW/WAGT.

GSIC, a kindergarten through ninth grade school in the Augusta metro area which opened in 2015, does not require its students to receive the new paddling policy as punishment. Boulineau said “parents can either give consent for us to use that as a disciplinary measure or they can deny consent.”

Reactions to the controversial policy have run the gamut from approval to shock, Boulineau told WRDW/WAGT. “I’ve heard ‘great, it’s about time, we’re so glad that this is happening again, they should’ve never taken it out of schools.’ All the way to ‘oh my goodness, I can’t believe you are doing that.'”

The specifics of the policy are laid out in the form — which can be seen in WRDW/WAGT’s news report — sent home to parents. For those students whose parents give consent, paddling will be “will be administered using a ‘three strike’ policy,” according to the document. “A student will be taken into an office behind closed doors. The student will place their hands on their knees or piece of furniture and will be struck on the buttocks with a paddle,” the form explains.

The form says the punishment must occur in the “presence of an adult witness” and “no more than three licks should be given.” It requires that the student’s parents be contacted and a specific kind of paddle must be used: It has to be made of wood and “24 inches in length, six inches in width and 3/4 inches in thickness.”

Opting out of the corporal punishment requires parents to agree to a five-day suspension policy in place of the paddling.

Boulineau told WRDW/WAGT that about a third of the forms she has received back so far have consented to the paddling policy.

Nineteen U.S. states still allow corporal punishment in schools and Georgia is one of them.

“I honestly feel like it’s something that’s not going to be used very often,” Boulineau said to the local news station. “Sometimes it’s just kind of the threat of it being there becomes a deterrent in itself.” 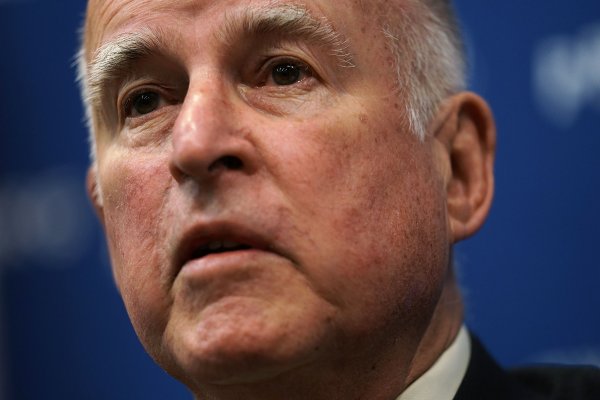