Meryl Streep Reacting to This Intense U.S. Open Game Is the Stuff of Great Drama

At the 2018 U. S. Open, Meryl Streep defended her meme champion title.

As Wimbledon winner Novak Djokovic took down Juan Martin del Potro in the U.S. Open men’s final on Sunday in New York City, the internet went wild for another star in the mix: Meryl Streep.

It was an intense game between two top tennis players. Djokovic eventually clinched the victory 6-3, 7-6 (7-4), 6-3 to capture his 14th Grand Slam title. But Del Potro certainly gave Djokovic a run for his money.

Captured by the cameras courtside, Streep was clearly on the edge of her seat — and in distress. And the internet was quick to recognize the meme potential.

It was a little like a play within a play, with every move unfolding on her face.

You’ll see Streep get emotive in character in the upcoming second season of HBO’s Big Little Lies. But until then, here are the reactions to her award-worthy performance.

Some thought she resembled a certain emoji come to life.

Gracious as always, she was aware that cameras and eyes were drifting away from the court and onto her expressive face. On-air commentaros even gave her a “Bravo.” Bravo indeed. 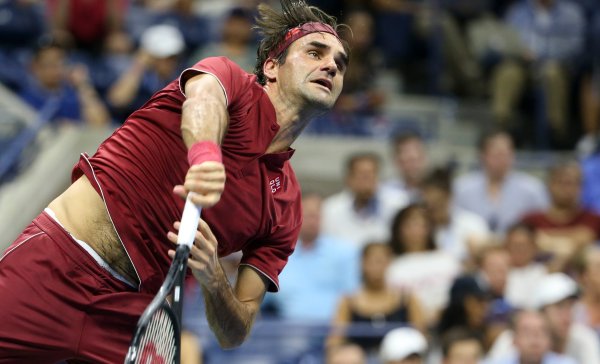 Move Over Roger Federer. This Move Is the Real Upset at the U.S. Open 2018
Next Up: Editor's Pick