The Trump Administration Is Taking Aim at the International Criminal Court, Report Says

The Trump Administration plans to adopt a hostile stance toward the International Criminal Court, possibly threatening sanctions if prosecutors proceed with an investigation into alleged war crimes committed by U.S. forces in Afghanistan, Reuters reports.

National Security Advisor John Bolton will assert U.S. opposition to the ICC probe in a speech, a draft of which was seen by the news agency. The planned address will be his first since joining the Trump White House.

“The United States will use any means necessary to protect our citizens and those of our allies from unjust prosecution by this illegitimate court,” Bolton will tell the Federalist Society, a conservative group, according to Reuters.

In the draft speech, Bolton insists the Trump administration “will fight back” if the Hague-based court takes formal measures to open an investigation into conduct by U.S. service members and intelligence professionals during the war in Afghanistan.

“We will not cooperate with the ICC,” says Bolton’s draft text, which adds that “for all intents and purposes, the ICC is already dead to us.”

If the investigation continues anyway, Bolton’s speech says the Trump administration could take steps to ban prosecutors and judges from the U.S., and could also sanction an U.S.-based funds. Additionally, he warns in the text, the U.S. may seek bilateral agreements that would prohibit nations from surrendering Americans to the ICC.

The aggressive rhetoric and tough posturing in Bolton’s draft echoes the kind of pushback the top tribunal has faced from alleged despots and war criminals the world over. In April, Philippines President Rodrigo Duterte threatened to arrest prosecutors examining his war on drugs, which has killed thousands.

Bolton’s speech is not the first time the U.S. has taken a hostile approach to the ICC. When the court was established in 2002, then-President George W. Bush refused to ratify the Rome treaty underpinning the tribunal, which aims to hold accountable perpetrators of war crimes, crimes against humanity and genocide.

Bolton’s speech will also announce Washington’s plans to close the Palestine Liberation Organization (PLO) office over concerns that it is attempting to prompt an ICC investigation of Israel.

“The United States will always stand with our friend and ally, Israel,” says Bolton’s draft text. 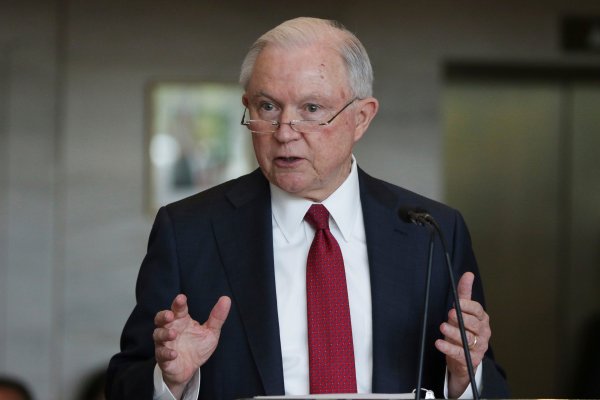