NFL Commissioner Roger Goodell announced a revision of its Game Operations Manual on May 23 to include fines for teams whose “personnel are on the field and do not stand and show respect for the flag and the anthem.” The National Football League Players Association filed a grievance over the policy, which was introduced after a number of players began protesting police brutality and racial injustice by kneeling during the anthem.

While talks on the issue will continue, too many people have too strong stances to find a compromise at this point, Schefter reports, adding that there will be no policy for the time being. Under the old policy, players had to be at the field for the anthem, but while they were “strongly encouraged” to stand, they were not required to do so, a spokesman for he NFL said 12 months ago.

U.S. President Donald Trump and the White House have spent much of the past year criticizing the NFL. “You have to stand proudly for the national anthem or you shouldn’t be playing, you shouldn’t be there, maybe you shouldn’t be in the country,” Trump said during an interview with Fox News after the new policy was introduced in May.

A new escalation came this month when Nike Inc. presented an advertisement in its new “Just Do It” campaign featuring Colin Kaepernick, the former San Francisco 49ers quarterback who started the protest during the 2016 season. The hashtags #BoycottNike and #JustBurnIt started trending on Twitter with users posting videos of burning Nike products.

“Nike is getting absolutely killed with anger and boycotts,” Trump said in tweet on Sept. 5. However, online sales of Nike apparel and shoes surged in the four days after Kaepernick became the face of a new advertising campaign. 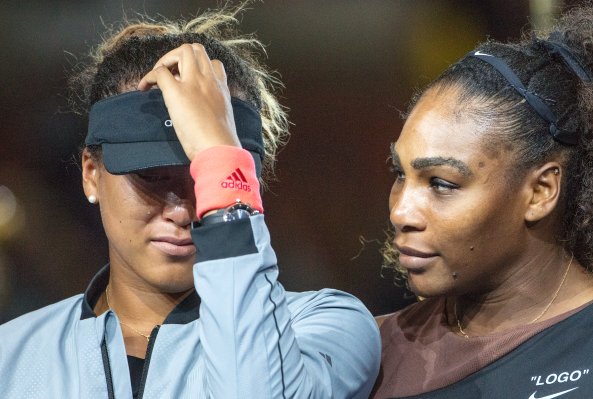