This Attorney Handled the Only Abortion Case Brett Kavanaugh Ever Heard

Rochelle Garza represented the plaintiff in the only case involving abortion that Brett Kavanaugh has ruled on as a federal judge. Now she’s worried how he would handle the issue as a Supreme Court justice.

In 2017, Garza was appointed the guardian ad litem for Jane Doe, the pseudonym used in court for a 17-year-old woman who sued the federal government after she was denied access to an abortion while in federal custody for illegally crossing the border.

Under Texas law, minors need the permission of a parent or guardian, but Doe stated that she had fled domestic violence involving her parents, who were still in Central America. Even after a state judge said she could bypass the parental requirement, the Office of Refugee Resettlement under the U.S. Department of Health and Human Services refused to let her leave its custody to get the abortion.

The case then went to U.S. District Court, where Kavanaugh argued that Doe’s abortion could be delayed until she could be placed under the care of a sponsor on multiple occasions, writing that unlawful immigrant minors should not be permitted to seek an “abortion on demand” in his final dissenting opinion.

Based off this case and his decision-making in this particular case,” Garza told TIME, “it appears to me that no burden is too high on a woman to exercise her right to get an abortion.”

Last week, Garza shared Doe’s story with the Senate Judiciary Committee, testifying against Kavanaugh’s confirmation. She argued that Kavanaugh compounded the suffering that Doe experienced, showing “no real consideration for Jane or her circumstances.”

During testimony before the Senate Judiciary Committee, he said he “understands the importance of the precedent set forth in Roe v. Wade” as a “general proposition.”

But his limited rulings on the issue have left abortion rights supporters reading closely the few details they have.

Some criticized him for referring in the hearings to some contraceptives as “abortion-inducing drugs” — a reference to a case involving a religious group which claimed that FDA-approved contraceptives were abortifacients. He was also criticized after emails were released from his days in the Bush White House in which he said that not all legal scholars would agree that Roe is the “settled law of the land at the Supreme Court,” although Kavanaugh’s defenders noted that he was merely describing the opinions of the sitting justices.

But for Garza, the facts of the Doe case speak for themselves.

In her testimony, Garza said that Doe was repeatedly pressured to call her mother and tell her she was pregnant by employees of the government-run facility where she was held.

This continued, according to Garza’s testimony, even after Jane disclosed that her parents had beaten her pregnant older sister “with firewood and cables to the point that her sister miscarried.”

Garza said Jane Doe was taken to a religious-affiliated crisis pregnancy center, prayed over and asked what she would name her unborn child.

“We’re talking about a young person that escaped persecution in their home country — from their own family — and fled here. She didn’t speak the language, was in detention and had no one really to stand up for her,” Garza told TIME. And yet, “she was unwavering in her decision.”

Garza was with Jane Doe when she finally received the abortion she had requested almost a month prior.

“I saw the agony she went through while waiting to have the procedure, and the relief she experienced when she finally got the care she needed,” she told the committee. “She was alone and completely under the physical control of the federal government and at the mercy of decision-makers that knew nothing of what it was like to be her.”

The original version of this story misstated Jane Doe’s country of origin. She fled from an unspecified country in Central America, not Mexico. 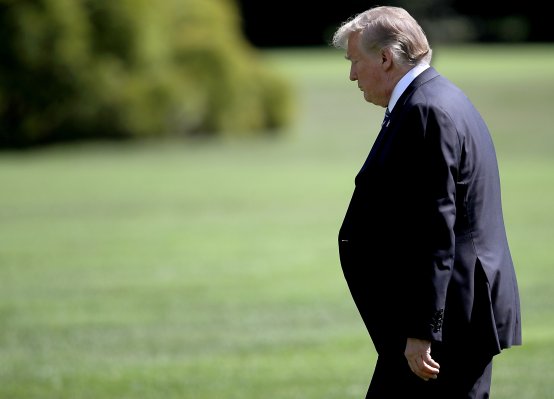