Rapper Mac Miller Has Died at 26

The rapper Mac Miller has died at his home in the San Fernando Valley in California on Friday. He was 26.

“Mac was a hugely gifted and inspiring artist, with a pioneering spirit and a sense of humor that touched everyone he met,” Tom Corson, Co-Chairman and COO of Warner Bros. Records, shared in a statement with TIME. “Mac’s death is a devastating loss and cuts short a life and a talent of huge potential, where the possibilities felt limitless.”

The Los Angeles Police Department told TIME that they responded to the 11600 block of Valleycrest Road to investigate a death at around 11:50 a.m. on Friday, but would not say it was Miller’s death they were investigating.

Miller, whose real name was Malcolm James McCormick, was originally from Pittsburgh, PA. He began his career as a rapper as a teen, and his independent 2011 debut album Blue Slide Park went on to top the Billboard 200 album chart, putting him on the map at an early age.

His most recent album Swimming also garnered positive reviews, reaching number three on the Billboard 200. It was his fifth album, following 2016’s The Divine Feminine. In his songs, Miller was recognized for his understated delivery and silky production; recent hits include soul-searching tracks “Self Care” and “What’s the Use?”

Miller dated high-profile pop star Ariana Grande from August 2016 to May 2018, according to PEOPLE. Miller was vocal in his music and in interviews about his drug use.

“Nine times out of ten I get it wrong,” he rapped reflectively on Swimming track “Small Worlds.” “That’s why I wrote this song, told myself to hold on… Guess there was a time when my mind was consumed, but the sun’s coming out now, clouds start to move.”

In May, he was arrested following a DUI and hit and run charges in the L.A. area, after which he was released on bail.

Musicians quickly took to Twitter to mourn the rapper.

Gina Martinez reporting for this story. 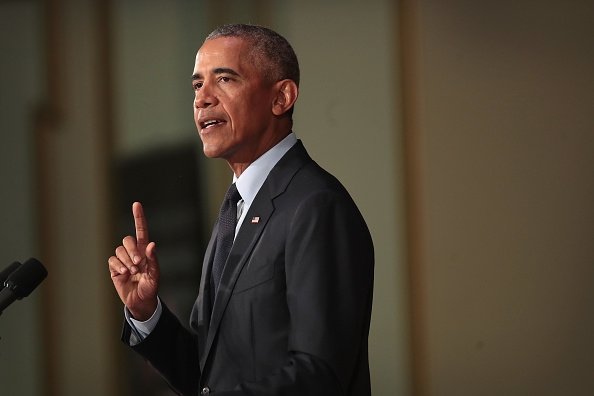 'Is That Awkward?' Obama Goes Full Dad With Relationship Question
Next Up: Editor's Pick