Donald Trump Won by Breaking Norms. Democrats Are Starting to Consider It Too

Senate Judiciary Committee chairman Chuck Grassley had barely gotten through the first sentence of his opening remarks the other day before he was interrupted by Sen. Kamala Harris.

It was a surprising break with decorum on the committee, but one that Harris and her Democratic colleagues said was necessary to fight back against what they considered an unprecedented lack of transparency on Supreme Court nominee Brett Kavanaugh’s records.

Harris was not alone among Democrats seeking to break with norms in recent days. In those same hearings, Sen. Cory Booker likened himself to Spartacus as he released documents on Kavanaugh that he said had not been cleared for public consumption. Responding to an anonymous op-ed from a White House staffer, Sen. Elizabeth Warren said that if Cabinet officials believe Trump is incompetent they should consider invoking the 25th Amendment to remove him from office, while Senate Minority Leader Chuck Schumer appeared to call for impeachment.

The moves are relatively minor compared to Trump’s many violations of the values and procedures of Washington.

After all, this is a president who argued a judge couldn’t be fair because of his Mexican ancestry, criticized a Gold Star family, called for violence against protesters, threatened to jail his opponent, declined to release his tax returns, hired his daughter and son-in-law to work in the White House, declined to disentangle himself from a D.C. hotel and other businesses, conducted official business from his private golf club, chastised his own attorney general for allowing investigations into him and two Republican lawmakers, repeatedly called reporters “the enemy of the people” and regularly attacked the FBI and the judiciary.

In his most political speech since leaving office, former President Barack Obama called on Democrats Friday to show up at the polls in November and restore “honesty and decency and lawfulness” to government, urging as he had before for them to take the high road back to power.

But some in the liberal grassroots disagree. Commentators and organizers have called for Democratic lawmakers to form a more active resistance to Trump, even if that means breaking a few long-held norms in American politics. Given that Trump has not slowed down his own violations, they could be a signal that American politics is headed for an era that scholars call “constitutional hardball” or political “disharmony,” in which all bets are off.

In response to Trump’s nomination of two justices to the Supreme Court, likely swinging it in a more conservative direction for a generation, some liberals have called for “packing” the court with more justices the next time they are in power. Political scientist David Faris has written an entire book, “It’s Time to Fight Dirty,” calling for Democrats to fight a “procedural war” against Republicans. Others have thrown around ideas like granting D.C. and Puerto Rico statehood, breaking up California and granting citizenship to undocumented immigrants to gain partisan advantage.

Barbara Perry, presidential studies director at the Miller Center at the University of Virginia, said that Democrats seem ready to start “fighting fire with fire.”

“It seems to me that Democrats have now realized that you can’t fight with a set of rules when your opponent is not following them,” she said. “And at the moment, there’s not an opportunity for a referee to step in and say, ‘Stop. You need to follow these rules.'”

But she noted that moment may yet come, whether it’s with a Supreme Court ruling, the outcome of Special Counsel Robert Mueller’s investigation into the 2016 election or Democrats retaking a chamber of Congress, any of which might restore some of the natural checks and balances that Democrats feel are lacking in the Trump Administration.

She noted that’s what happened after Watergate, when President Richard Nixon found himself hemmed in by investigative journalists, a select committee in Congress, a U.S. district court judge, a special prosecutor and the Supreme Court, eventually resigning under the threat of impeachment.

That may happen after the midterm elections, if Democrats retake the House of Representatives, as many election watchers think likely, or even the Senate, which remains much less likely but is not entirely out of the question.

Regular investigations by Congress into Trump’s policies and behavior could reduce some of the fever-pitch passion among the Democratic grassroots for more extraordinary countermeasures. It might also inspire more discipline at the famously chaotic White House to avoid further confrontation on regular order.

On the other hand, this is Trump. He made his name in New York real estate by pushing typical business practices as far as he thought he could get away with, he honed a persona on reality TV and later in politics as a man who gleefully breaks the rules and he’s long believed that if you attack him he should punch back 10 times as hard. He may respond to a Democratic Congress by breaking even more norms.

In the end, it will likely be Congress which decides how this will play out.

During the Obama Administration, a Republican in the House shouted that the president was a liar during a State of the Union while the grassroots — including then private citizen Trump — spread conspiracy theories about his birth certificate. Republicans in the Senate blocked his judicial nominees at a higher rate, leading then-Senate Majority Leader Harry Reid to change the Senate rules to end the filibuster on most nominees. Republicans then refused to vote on Obama’s nomination of Merrick Garland to the Supreme Court, then ended the filibuster on Supreme Court nominees to allow Trump to appoint Neil Gorsuch.

Trump’s campaign and his presidency have shown the risks and rewards of breaking with long-held norms. When Democrats return to power, they may attempt to return to normalcy, or choose to follow his example. But if Republicans don’t back down as well, then it’s likely that we’ll continue to see dramatic changes in how things get done in Washington.

One day, Trump will no longer be in office, but by then it may be that breaking norms is the new normal. 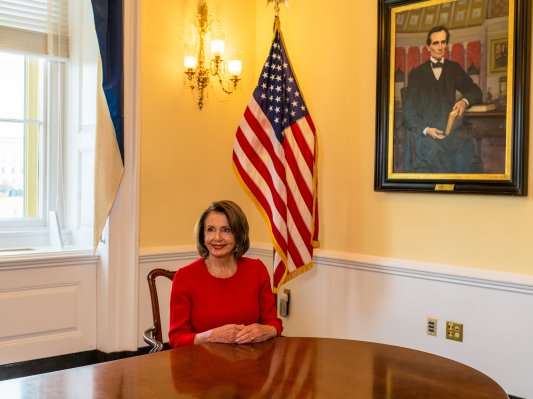 The Persistence of Nancy Pelosi
Next Up: Editor's Pick