At a rally in Montana on Thursday night, President Donald Trump argued that supporters should vote for Republicans in the midterms so he won’t get impeached.

“This election, you aren’t voting for a candidate, you’re voting for which party controls Congress. It’s a very important thing,” Trump said.

“They like to use the ‘impeach’ word,” he said, before launching into an impression of his critics. “‘Impeach Trump!’’ . . . ‘But he hasn’t done anything wrong.’ ‘Doesn’t matter, we will impeach him!'”

Trump continued, “But I say how do you impeach somebody who is doing a great job, hasn’t done anything wrong. Our economy is good. How do you do it?”

Trump is probably correct that a Democratic House is more likely to impeach him than the current Republican-controlled one, but while there have been some calls for impeachment among the liberal grassroots, there’s little evidence that Democratic leaders would pursue it at this point.

In fact, Democratic leaders have argued the opposite, arguing that impeaching Trump would motivate his base and ultimately fail to reach the required two-thirds supermajority in the Senate to remove him from office.

And in TIME’s most recent cover story, Pelosi reiterated the point – but appeared to soften it slightly. “I have my judgment about this President,” she said. “But the American people are not going to accept an impeachment if there isn’t solid, conclusive evidence presented in a nonpolitical way … We’ll see what Mr. Mueller discovers.”

Republicans appear to agree with Democrats that impeachment would backfire, with many of Trump’s allies circulating a video of Senate Minority Leader Chuck Schumer telling a crowd “the sooner the better” when asked about impeachment.

A recent poll by ABC News and the Washington Post showed that nearly half of the public supports Congress beginning impeachment proceedings, with support rising to 57% among women.

That same poll also showed that Americans generally agreed with Trump’s imperative on impeachment, however, with 72% saying that Democrats would try to impeach him if they took control of the House. 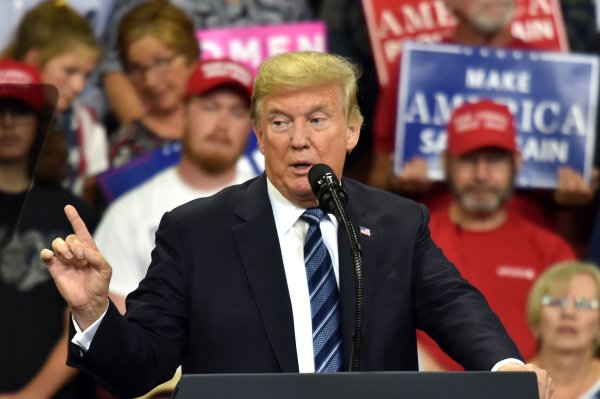