President Donald Trump said the New York Times “virtually” committed treason by publishing an anonymous op-ed it says is from a senior White House official who claimed to be part of an anti-Trump “resistance” in the Administration.

At a rally Thursday in Montana, Trump told Fox News: “Number one, the Times should never have done that, because really what they’ve done is virtually, you know, it’s treason, you could call it a lot of things.”

Trump also said that the author must be “fairly low level,” and suggested that he or she could be a “deep state person.”

His use of the term “treason” – defined as “the crime of betraying one’s country, especially by attempting to kill or overthrow the sovereign or government” – echoes a tweet he posted not long after the Times published the op-ed, reading simply “TREASON?”

In the Fox interview, Trump also said “we are getting the wall done,” and that his Administration had already spent $3.2 billion so far on the border wall with Mexico. But he said that to get the extra funding needed, Republicans must be elected at the midterms in November.

“If it was up to me, I’d shut down government over border security,” he said. “And I guess, if you get right down to it, it is up to me, but I don’t want to do anything that’s going to hurt us or potentially hurt us, because I have a feeling that the Republicans are going to do very well.”

He promised the crowd that right after the election, extra funding would be allocated. “Hopefully, frankly it’ll be easier because we’ll have more Republicans not less.”

“It’ll be an exciting day, I can tell you that.” 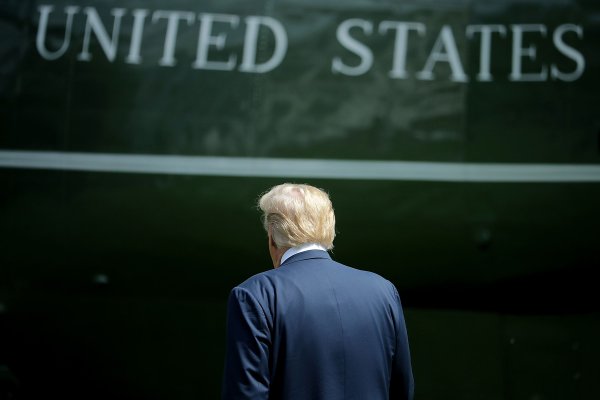