Hoping to deter undocumented immigrants from crossing the Mexican border, the Trump Administration separated more than 2,000 parents and children over the summer.

When a June 20 executive order ended the practice, the Administration sought to detain immigrant families together. Those efforts have so far been thwarted because of a longstanding court agreement that requires the government to release immigrant children after 20 days in detention.

On Thursday, the Administration filed proposed regulation to terminate that court order, known as the Flores Settlement Agreement, and detain entire families for the duration of the legal proceedings that determine if they can stay. The rule, which will published on Friday, would also allow the federal government to transfer family units to facilities that are not “state licensed,” which is currently required. The government says licensing requirements have limited its ability to use family detention.

The Administration has blamed the Flores settlement, which stemmed from a 1997 case, for forcing it to release parents and children who arrive in the United States without immigration paperwork to be monitored with GPS anklets, a practice that President Donald Trump has disparagingly called “catch and release.” The government argues the likelihood of release has driven more adults to try to cross the border with kids.

The government says it would retain the “basic purpose” of Flores under the rule, which is to make sure kids in custody are treated with “dignity, respect, and concern for their particular vulnerability as minors,” while closing loopholes that it says gives adults incentives to make the dangerous journey to the U.S.

The Trump Administration has already attempted to amend Flores with hopes of detaining families indefinitely. But in July, a U.S. District Court Judge rejected the government’s request to amend the agreement and accused government lawyers of “trying to to light a match to the Flores Agreement and ask this Court to upend the parties’ agreement by judicial fiat.” The proposed rule seems to be an attempt to work around that.

But the rule-making process does not mean the changes will be implemented right away. Once the proposal is published on Friday, the public will have 60 days to comment on it. Those comments are to be considered before agencies move forward with the final proposal.

This rule is very likely to receive a flurry of negative comments. A group of immigration attorneys have already said a child died shortly after being released from immigration detention this summer. A group of families being held in detention in Texas staged a hunger strike in August in protest of how their cases are being handled. And immigration advocates argue that even under the Flores settlement detention of minors, regardless of whether or not a child is with his or her parents, is harmful.

Last spring, the American Academy of Pediatrics issued a policy statement that recommended against the use of any detention, including family detention, for children because it can lead to anxiety, stress and trauma.

“It is sickening to see the United States government looking for ways to jail more children for longer,” Omar Jadwat, director of the ACLU’s Immigrants’ Rights Project, said in a statement. “That’s the complete opposite of what we should be doing — and it’s yet another example of the Trump administration’s hostility toward immigrants resulting in a policy incompatible with the most basic human values.” 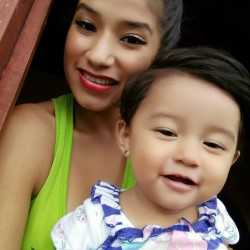 A Mother Says Her 19-Month-Old Daughter Died After Being Held by ICE. Now She's Suing for Millions
Next Up: Editor's Pick