Sen. Kamala Harris Questioned Brett Kavanaugh on a Conversation About the Russia Probe

In a tense exchange Wednesday, the California Democrat asked Kavanaugh if he had ever spoken with anyone at the law firm Kasowitz, Benson & Torres about Special Counsel Robert Mueller’s investigation into Russia’s interference in the 2016 U.S. presidential election. Marc Kasowitz, one of the firm’s partners, has long worked with Trump.

“Have you had any conversation about Robert Mueller or his investigation with anyone at that firm?” she asked.

Kavanaugh appeared confused by the question. He asked Harris: “Is there a person you’re talking about?”

The exchange between the two went on for a few minutes, as Harris, a former prosecutor, repeated her line of questioning and Kavanaugh said while he didn’t remember, he did not know everyone employed at the law firm. He never answered the question.

“I think you’re thinking of someone and you don’t want to tell us,” Harris said.

When asked about the exchange between Harris and Kavanaugh, a Democratic aide told TIME, “We have reason to believe that a conversation happened and are continuing to pursue it.”

Democrats have questioned Kavanaugh on how he would rule in matters related to Mueller’s probe. Asked this week if a sitting president would be required to respond to a subpoena, Kavanaugh declined to answer. He also did not answer a question about whether Trump has the right to pardon himself. 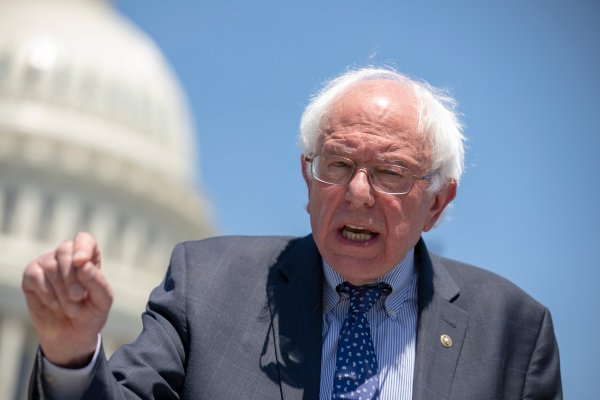