After the nominees for the 2018 People’s Choice Awards were announced on Wednesday, Reynolds took to Twitter to encourage his followers to vote for Deadpool 2 for Action Movie of 2018 and Movie of 2018. However, there was apparently one other category in which he thought his antihero sequel deserved a nod: Family Movie of 2018.

“So honored by all the @peopleschoice noms,” he wrote. “Hope you vote for Deadpool 2 and feel free to write us in for best Family Film. Because watch your f—ing back, Paddington.”

Considering Paddington 2 is the best reviewed movie in the history of Rotten Tomatoes—an aggregate site on which the film currently has an approval rating of 100 percent—it seems safe to say that some fans may not be on board with Reynolds’ takedown of the little brown bear from “Darkest Peru.”

Paddington was quick to respond with simply “#hardstare.”

The People’s Choice Awards will air live on E! on Sunday, Nov. 11. 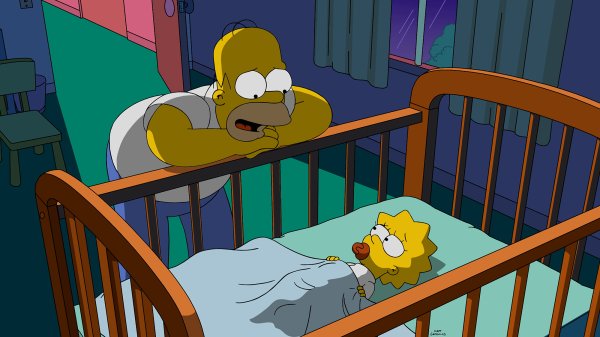 This Simpsons Episode Had a Sneaky Mistake You Probably Missed
Next Up: Editor's Pick