Vice President Pence denied being the senior administration official who wrote an anonymous New York Times op-ed criticizing President Donald Trump – following online speculation that a clue in the piece may have pointed to him.

“The Vice President puts his name on his Op-Eds,” Pence’s chief of staff Jarrod Agen said in a tweet. “The @nytimes should be ashamed and so should the person who wrote the false, illogical, and gutless op-ed. Our office is above such amateur acts.”

Speculation that Pence penned the op-ed — in which an unnamed senior administration official claimed to be a part of a group of conservatives inside the Trump Administration who are working against the President — spread across Twitter Wednesday because the writer used the word “lodestar” in reference to John McCain. People online quickly figured out that “lodestar” is a popular word for Pence – which he uses in both his writing and public statements.

Others pointed out that the use of the word could be a deliberate red herring to direct attention away from the real author.

The op-ed has prompted other administration officials to distance themselves, as well. Secretary of State Mike Pompeo also denied writing the anonymous piece while speaking with reporters in New Delhi. “It’s not mine,” he said, adding that if the piece was written by a senior official, the Times “should not well have chosen to take a disgruntled, deceptive, bad actor’s word for anything.”

Director of National Intelligence Dan Coats also said he was not behind the anonymous op-ed in a statement Thursday morning.

“Speculation that The New York Times op-ed was written by me or my Principal Deputy is patently false,” Coats said. “We did not. From the beginning of our tenure, we have insisted that the entire IC remain focused on our mission to provide the President and policymakers with the best intelligence possible.”

Trump called on the Times to reveal who wrote the op-ed in a tweet Wednesday, calling the author “GUTLESS.”

Trump on Thursday morning attacked the media again while touting what he sees as his accomplishments. 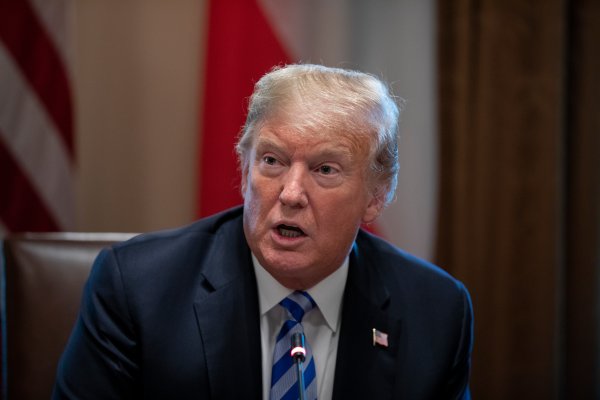 Trump Demands Source of Anonymous Op-Ed
Next Up: Editor's Pick