Migrants wait in a shelter on Sept. 5 after being removed from Tripoli’s airport road because of fighting
Mahmud Turkia—AFP/Getty Images
By Ciara Nugent

Families are “living in fear” after a week of fighting and indiscriminate shelling in Tripoli, the U.N.’s humanitarian coordinator in Libya said Sept. 2. At least 61 died, 159 were wounded, and some 400 inmates escaped a prison as rival militias battled for territory in Libya’s capital city. The violence was a reminder that the chaos unleashed by the removal of dictator Muammar Gaddafi in 2011 is far from contained.

Since 2014, Libya has been divided in two. A U.N.-backed unity government has kept a fragile hold over Tripoli and much of the west of the country, while a rival government claims the east, including the city of Benghazi. But hundreds of armed groups that rose up against the government during the Arab Spring continue to clash regularly over territory. The fighting in late August and early September was between at least two of these competing militias. Adding to the turmoil, militants from the Islamic State continue to carry out attacks even after losing their stronghold in the northern city of Sirte in 2016.

Under Gaddafi’s regime, oil-rich Libya enjoyed one of the highest standards of living in Africa. But seven years of fighting and instability have destroyed the economy, crippled infrastructure and pushed hundreds of thousands of people out of their homes. The chaos has turned Libya into a way station for displaced people from across the continent. The U.N.’s refugee agency says 8,000 migrants trying to cross the Mediterranean are kept in “critical” conditions in crumbling detention centers.

European leaders want stability restored in Libya to prevent flows of migrants from reaching their shores. In May, France’s President Emmanuel Macron helped broker a deal among several large factions to hold “credible, peaceful” elections in December. But many say the timeline is too ambitious; there is still no constitution to govern the electoral process, and some militias oppose it. As the international community seeks a solution, the bloodshed of early September is unlikely to be the last episode of violence. 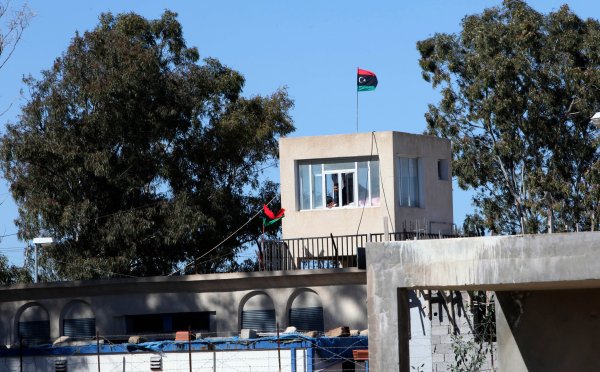 Hundreds of Prisoners Escape Libya Prison Amid Fighting
Next Up: Editor's Pick