Paul McCartney’s accumulated discography is among the most impressive in pop. But as he’s demonstrated in recent years—his collaborations with Dave Grohl as well as Kanye West and Rihanna, his marathon live shows—the former Beatle and forever member of rock’s highest echelons has little interest in being content with his amassed achievements. Egypt Station, the 76-year-old legend’s 17th solo album (and first since 2013), puts McCartney’s boundless curiosity on loving display, balancing instantly hummable ditties with intrepid rock explorations.

McCartney recorded most of Egypt Station with superproducer Greg Kurstin (Tegan & Sara, Adele, Beck), and their combined savvy makes for an album that’s as rewarding to listen to on stadium-sized speakers as it is in close-up. Its pop confections benefit from the pair’s attention to detail and studio knowledge; the gently giddy “Happy With You” heightens its floating-on-air mood with tumbling guitars and sweetly melodic flutes, while the gorgeous devotional “Hand In Hand” revels in the sonic space between its steady piano and McCartney’s slightly scuffed, yet still immediately recognizable high tenor.

The flirtatious “Come On to Me,” meanwhile, combines choppy riffs that recall The Beatles’ scrappiest material with a bright brass blast (courtesy of the storied Muscle Shoals horns) and a lively break from the “Mrs. Mills piano,” the Abbey Road Steinway that gave “Lady Madonna” its oomph. It’s hardly the only moment on the album that reminds the listener of who McCartney was and is, although he’s so essential to pop’s firmament that they seem more like an inevitability than anything else.

Egypt Station really takes flight in its second half. The daydreamy “Dominoes,” the tropicalia-tinged “Back In Brazil,” and the resolute “Do It Now”—the latter a stirring call to seize the day that blooms into full-on orchestral bliss, complete with harps and tuba—mesh into a whirlwind trip through McCartney’s pointillistic psyche. The final two tracks—both six-plus minutes, both stylistic flights of fancy, separated by a brief interlude of icy choirs and found sounds—put a grandly ambitious bow on the album, with the epic “Despite Repeated Warnings” embracing the largesse of prog-pop and “Hunt You Down/Naked/CLink” shifting through styles with the energy of a band that wants to stretch its final encore out to the maximum length. But that’s an appropriate closing motif for Egypt Station, a document of McCartney’s spirit, which is still irrepressible more than five decades after the Beatles made their debut. 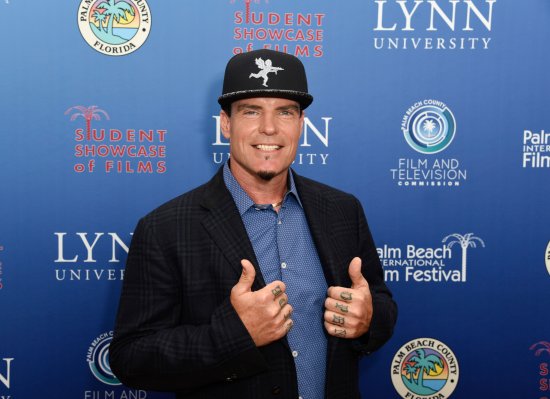 Vanilla Ice Is Now Focused on Bringing You Updates From That Emirates Flight Full of Sick People
Next Up: Editor's Pick