Why Emerging Markets Are in Crisis Across the Globe

A man walks past posters rejecting the government's negotiations with the International Monetary Fund (IMF), in Buenos Aires, on September 4, 2018.
Eitan Abramovich—AFP/Getty Images
By Ian Bremmer

A crisis is looming in developing economies, or what investors know as emerging markets. An economic crisis in Turkey has pushed inflation to new heights and the value of the lira to new lows. Argentina’s peso is in trouble as President Mauricio Macri reaches to the International Monetary Fund for emergency help. South Africa’s rand, Mexico’s peso and Indonesia’s rupiah are all under pressure. India and Brazil are looking volatile too.

The risk of contagion to other emerging markets is real. In part, that’s thanks to investment vehicles that allow investors to buy debt and equities of multiple countries in a single bundle. In some cases, investors–spooked by weakness in one market–sell shares in all of them to reduce risk.

It might be tempting to blame President Donald Trump for this turmoil. He’s declared trade wars on countries large and small. Looming tariffs on another $200 billion in U.S. and Chinese goods mark the latest use of heavy weapons in an escalating fight between the world’s two largest economies. He’s also battling with Europe, Canada and even Japan, while also throwing punches at vulnerable Turkey as part of a bitter political battle with President Recep Tayyip Erdogan. These confrontations doubtless create uncertainty.

Yet the current crisis follows decisions taken by U.S. central bankers, not the U.S. President. Emerging markets suffer when rising U.S. interest rates boost the dollar at the expense of their currencies. The Federal Reserve will continue to raise rates in coming months, because its governors believe this policy best serves the longer-term needs of the U.S. economy.

In addition, the longer-term weaknesses that make so many emerging markets vulnerable to higher U.S. rates existed long before Trump became President. Many governments of these developing countries haven’t done enough in recent years to boost productivity. Some spend ever larger sums on various entitlements while adjusting too slowly to changes in commodity prices or the availability of cheap credit.

Crucially, there’s also the problem of populism. Leaders in Turkey, Argentina, Venezuela, Hungary, Poland and South Africa have each pushed economic policies in recent years that delivered short-term political benefits while creating long-term economic weaknesses. Many constrain their institutions, including central banks, from making the necessary adjustments the Fed is now making in the U.S.

Take Turkey. Erdogan’s various fights with Trump have led to tariffs and sanctions, but his government has badly mismanaged Turkey’s economy. As Erdogan has pressed Turkey’s central bank to keep interest rates low, he has made the lira artificially cheap while making dollars and euros more expensive. That, in turn, makes it harder for Turkish companies to pay down large debts denominated in foreign currencies and to borrow more money from overseas. Investors see Erdogan prioritizing political gains over stability.

Argentina offers another example. Here there’s no political battle with Trump to worry investors. But Macri has not yet restored investor confidence in his country’s long-term financial health. Macri has imposed enough austerity to inflict pain on Argentine voters, but some fear it isn’t enough to guarantee that his government can make its debt payments.

Vulnerable emerging markets are like houses built atop faulty foundations. It’s the threat of earthquakes that creates fear. But until repairs are made, those who built these homes must shoulder blame when frightening cracks appear. 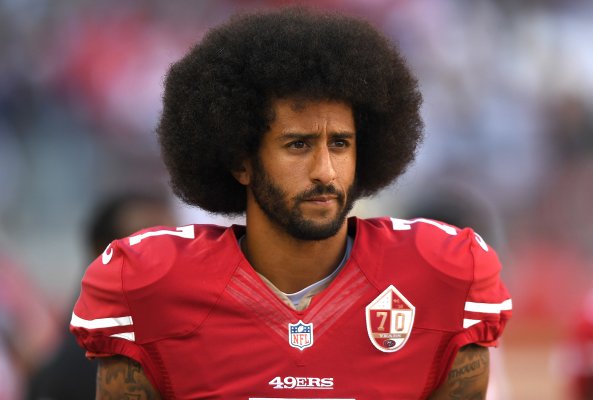 Colin Kaepernick Is the Face of Nike's New Campaign
Next Up: Editor's Pick