Best-selling Author Beth Macy: “We Need to Treat Addiction as the Medical Problem It Is”

Josh Meltzer
Ideas
By Paul Moakley
Moakley is editor at large for special projects at TIME.

The best-selling author on dope sickness, the opioid addict next door and holding drug companies accountable

Your new book, Dopesick: Dealers, Doctors and the Drug Company That Addicted America, details the opioid crisis in the U.S. When did you first start to look at the opioid epidemic?

I was a newspaper reporter in 2012, in Roanoke, Va. I had done reporting about what happens in communities when all the jobs go away. You had these poor, distressed places where people were not only becoming addicted to painkillers, but also starting to sell them as a way to pay their bills. And then you had the same thing happening in the wealthier neighborhoods.

Why do you think it took America so long to wake up to the crisis?

I think, partly, the media sort of abandoned rural America just when they needed us most. The newspaper where I worked for many years, the Roanoke Times, slowed down coverage of rural areas. We weren’t telling this story because we didn’t even know it was going on.

Do you think people fully understand the epidemic?

A lot of people still don’t know about the connection between opioid pills and heroin and fentanyl. Doctors are way better about not giving kids 30 OxyContin for wisdom teeth anymore, but I tell everyone I know: Just be really careful.

Do you think the conversation is changing around medication-assisted treatment (MAT)? [This method uses medication to temper cravings instead of demanding abstinence.]

The rehab industry grew up treating alcoholism as abstinence-only. Most treatment centers don’t allow MATs. People assume they don’t want to get better, but I see attitudes starting to change.

Do you think people should be incarcerated for using drugs?

No, I don’t. There are places in the world that have responded with decriminalization and have gotten their arms around their opioid problems. Look at Portugal. They’ve done a lot with expanding buprenorphine providers and cutting regulations, and they’ve cut overdose deaths by quite a lot. We have more than 2 million people with opioid-use disorders in the U.S. Now, do the doctors need to prescribe less? Yes. But the horse is already out of the barn. We need to treat addiction as the medical problem that it is.

We often see it as a moral failing if people mess up in rehabilitation. How do we get over that?

John Kelly [an associate professor of psychiatry at Harvard Medical School] says it takes a typical person with opioid-use disorder four to five treatment attempts and eight years to keep just one year of sobriety. It’s a really tough problem to get better from. Hopefully we’ll start to see teenagers understanding not to mess with this stuff, not even one time.

What do people learn from listening to people who use drugs?

These people are desperate to get treatment; they’re desperate to get better. One person in the book says, At the end of your journey, you’re not doing it to get high; you’re doing it to keep from being dope sick. That’s a news flash to a lot of Americans. We need to bring it out from under the rug and start talking about it the way we talk about cancer.

What should happen next?

Federal leadership. Accountability from drug companies. Politicians that aren’t in the pockets of lobbyists and corporations. Opioid makers reportedly spent more than $880 million on lobbyists and political contributions between 2006 and 2015. That’s eight times more than the gun lobbies spent. I try not to be too outraged, but I’m pretty outraged. As somebody in the book says, We should be sending helicopters like we do with Zika. Where’s the urgency? 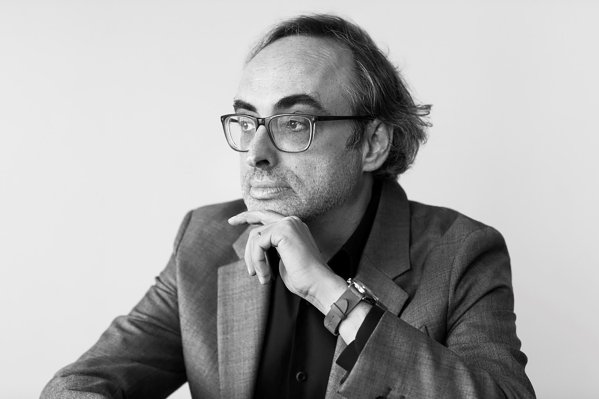 Gary Shteyngart Knows What to Worry About
Next Up: Editor's Pick