Simon in Los Angeles during the filming of the 1978 movie The Cheap Detective, for which he wrote the screenplay
David Smith—AP/Shutterstock
By J.K. Simmons

It remains one of the top memories of my career that at my audition for Laughter on the 23rd Floor, I elicited belly laughs from Neil Simon himself. And when I got the phone call from my agent that I was going to be in the original Broadway cast of a Neil Simon play–that’s still right up there too, 25 years on.

Before then, I’d known “Doc,” who died on Aug. 26 at 91, only as a fan, so the idea that he would be around during rehearsals was intimidating. But I found him to be an almost paternal presence. And there’s a reason his memoir is called Rewrites: he was an absolute genius at using what he saw at rehearsals; it felt as if he were writing for us. And many of the real people who inspired the characters in Laughter, based on his time as a TV writer in the 1950s, came to see us. It was pretty cool having Mel Brooks or Carl Reiner come backstage and say how hilarious and moving it was! They had such a genuine affection for that time and for Doc himself.

He was the ideal combination of intelligent and accessible–and hilarious, obviously. He wrote characters who, even though they’re sometimes very broad, are always, to me, believable. His work makes you laugh, but beneath the humor is humanity. 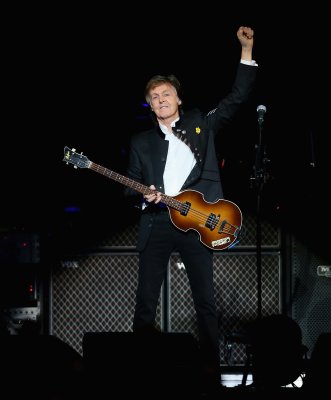 Paul McCartney’s Boundless Curiosity Is on Display on New Album Egypt Station
Next Up: Editor's Pick