Washington Takes on the Threat of Big Tech

Once the fresh-faced darlings of D.C., Big Tech executives now receive a decidedly cooler reception on Capitol Hill. On Sept. 5, Twitter chief Jack Dorsey and Facebook second-in-command Sheryl Sandberg got a tongue lashing in Senate hearings. “You’re going to have to do something,” warned Republican Senator James Risch of Idaho, or risk facing a crackdown from lawmakers and regulators. Google, whose co-founder Larry Page refused to show up at the hearings at all, drew even more vitriol. “Maybe it’s because they are arrogant,” said Florida GOP Senator Marco Rubio.

It’s not just talk. The biggest question at the confluence of business, technology and politics right now is whether America’s tech titans have grown too big and should be subject to tough new rules or aggressive antitrust actions, including the federal government’s breaking up the behemoths as it did AT&T in 1982. The answer may depend on whether the rising political ire is enough to overcome decades of antiregulatory doctrine that narrowly–and perhaps naively–defines the harm corporate giants might unleash.

The political momentum appears to be growing. On the right, Utah Senator Orrin Hatch sent a letter on Aug. 30 requesting that the Federal Trade Commission (FTC) reopen an investigation into Google’s online search and digital advertising practices. Trump’s economic adviser Larry Kudlow said he was “taking a look at” regulating Google search results. And on Aug. 31, Fox News host Laura Ingraham suggested that federal regulators could treat Facebook and Twitter like public utilities. On the left, Senator Elizabeth Warren has called repeatedly for using antitrust enforcement to inject competition into the tech space. “I’m now officially bipartisan,” tweeted Matt Stoller, a former top adviser to Bernie Sanders, referencing Hatch’s letter to the FTC. Beginning in mid-September, the FTC will host a series of hearings on the big technology firms’ market clout.

That the tech titans are crushing the competition simply by their size is hardly in dispute. When Amazon announced plans last summer to purchase Whole Foods, rival grocery chains lost a combined market value of nearly $22 billion in a day. When Facebook announced in May that it was launching a dating service, the company that owns Match.com lost 22% of its value almost immediately. In July, the European Union fined Google $5 billion for breaking antitrust laws–the second time the company had been punished in a little over a year.

But winning an antitrust case in the U.S. requires more than assembling evidence that a corporation’s size distorts a market. Since the ’80s, federal antitrust authorities have had to show that a company’s size actively harms consumers, by raising prices, say, or reducing choice. In the digital economy, where tech firms allow consumers to access their products for free, demonstrating that kind of harm is tricky. In 2013, when the FTC last investigated whether Google manipulated its search results to favor its own properties, the commission found that it did, but that Google’s practices on the whole benefited consumers. The FTC did not bring a case at that time.

But in recent years, antitrust thinking has begun to change. Since 2016, when the U.S. concluded that Russia weaponized the unwitting tech firms against the American electorate to influence the presidential campaign, the scope of the potential harm Big Tech can unleash on citizens, not just consumers, has broadened. “Before 2016, there was this sense that these companies were cool, progressive techies who did magic,” said Stoller, now a fellow at Open Markets Institute. “Now it’s like, ‘Oh. You’re Big Tobacco.'”

Which explains why the tech executives worked overtime on Sept. 5 to convince lawmakers they can address concerns without Washington’s help. “We were too slow to spot this and too slow to act,” Sandberg said. “This is on us.” 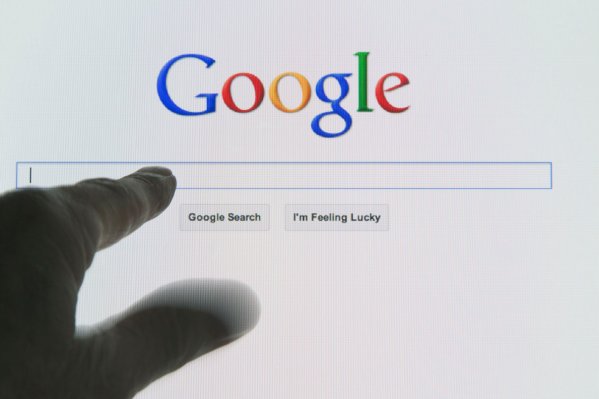 20 Years Of Google Has Changed the Way We Think. Here's How, According to a Historian of Information
Next Up: Editor's Pick