Sierra Burgess Is a Loser Is a Sweet, Smart Rom-Com

Teenagers often do terrible things, to themselves and to others; the road to becoming honorable adults is sometimes paved with a few stones of cruelty. In the sweet, smart Netflix-produced romantic comedy Sierra Burgess Is a Loser, Shannon Purser (who played cult favorite Barb in Stranger Things) stars as high school senior Sierra, a bright, reasonably confident young woman who knows she falls short of the beauty standards that teenagers set up for themselves: she’s curvy and a little socially awkward, but mostly she’s getting by just fine. Then one of the class mean girls, haughty beauty Veronica (Kristine Froseth), plays a prank on her, passing her number along to a good-looking football star from another school, Jamey (Noah Centineo). Jamey texts Sierra, thinking he’s talking to Veronica. Flattered by the attention–though she knows it’s not meant for her–Sierra keeps up the charade, eventually drawing Veronica into the scheme. The two become tentative friends as the deception escalates, though someone is bound to get hurt.

In its best moments, Sierra Burgess, directed by Ian Samuels and written by Lindsey Beer, has the charm of a Shakespearean mistaken-identity gambol. The movie stumbles in places, working a little too hard to vilify certain secondary characters. But the charm of the lead actors wins out. Centineo has the shambling appeal of a junior Mark Ruffalo. His Jamey is a nice kid with no idea of how good-looking he is: when he sends Sierra an awkward shirtless selfie, he’s unaware of his Adonis-like power. Froseth’s Veronica is the ice queen who gradually thaws out, also thawing us out when her vulnerabilities become clear.

Purser is a radiant presence, unafraid to reckon with how unlikable some of Sierra’s behavior is. Pushed to the breaking point by her own frustration–she’s sure she could never get a guy like Jamey on her own–Sierra stages a betrayal that’s almost shockingly out of character. Yet Purser makes you believe in it. Even nice kids can behave badly when the things they want most seem tantalizingly out of reach. Purser helps us see that cruelty for what it is: a learning curve that can be as radical as a hairpin turn. 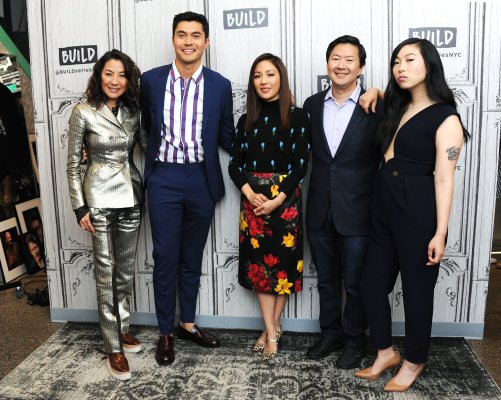 Crazy Rich Asians Brought the Labor Day Box Office Back to Life
Next Up: Editor's Pick