Yogurt Helps Women Lose Weight and Keep It Off

The probiotics found in yogurt may lead to weight loss.
Getty Images
By Alexandra Sifferlin

When it comes to food, there’s good and bad bacteria. The bad stuff will make you sick to your stomach, but the good stuff could actually shrink your stomach.

After the initial 12 weeks, the women in the study who were popping the probiotic pills lost 9.7 pounds on average, whereas their female counterparts on the placebos lost on average 5.7 pounds. However, during the second 12-week period, the women who were taking probiotics continued to lose weight, with their new average landing at 11.5 pounds. The women on the placebo only maintained their initial weight loss.

Researchers believe probiotics may influence the bacteria already living in our stomachs. We want good bacteria in our guts, scientists say, because it helps improve metabolism, and digestion.

The probiotics had no noticeable weight impact on men, though another recent study found mice taking probiotics had bigger testes–and increased testosterone–than mice who weren’t, suggesting men too can benefit from probiotics. 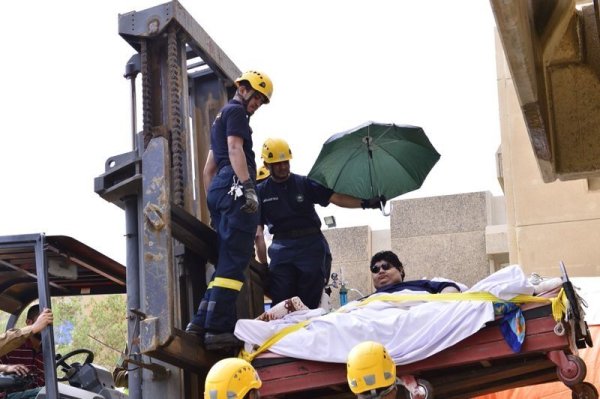 Obese Saudi Loses 700 lbs, On Orders from King
Next Up: Editor's Pick