As Twitter CEO Jack Dorsey began to address lawmakers on Capitol Hill Wednesday morning, he made a brief aside. Holding his smartphone, from which he would read his opening statement to the Senate Select Committee on Intelligence, he first let the committee members know that he was tweeting it out.

Double edges like that were abundant at the latest of several hearings the committee has held on social media since the 2016 election. Though the central topic at hand was foreign influence operations, Dorsey and Facebook COO Sheryl Sandberg faced grilling from lawmakers on issues ranging from user privacy and hate speech to the integrity of their business models and criminals who use digital platforms to peddle drugs. Members also acknowledged that there are benefits worth preserving.

“We’ve learned about social media’s boundless potential for good,” Sen. Richard Burr, the committee chair, said as he opened the two-and-a-half hour hearing, “but we’ve also learned about how vulnerable social media is to corruption and misuse.” Lawmakers highlighted recent influence campaigns operated out of countries such as Russia and Iran, as well as the broader potential for information spreading on social media to incite violence and “foment chaos,” as Burr put it. The worst examples of abuse, he said, “are absolutely chilling.”

Sandberg and Dorsey kept their composure as they faced what was at times uncomfortable questioning. Both repeatedly expressed their willingness to collaborate with government and law enforcement — as well as outside academics and peers in the tech industry — even though they stopped short of endorsing specific policy proposals that lawmakers floated during the hearing.

Echoing the comments of Facebook CEO Mark Zuckerberg, who appeared on Capitol Hill earlier this year, Sandberg opened by saying the company had been too slow to spot abuse of the platform and “too slow to act” in the past. “That is on us,” Sandberg said, as she highlighted changes the company has been making, such as hiring additional security and safety experts.

While the executives didn’t always satisfy lawmakers with their answers, they did get lauded for appearing. Google had been invited to send Larry Page, CEO of parent company Alphabet, to testify. Instead, the company offered a lower-level executive, lawyer Kent Walker, who had already appeared on Capitol Hill. Committee members characterized what happened as Google’s failure to participate and underscored their displeasure by leaving an empty chair alongside Sandberg and Dorsey. Sen. Marco Rubio suggested the company was “arrogant,” as members highlighted security issues that have arisen with products such as Gmail and YouTube. Sen. Kamala Harris jokingly welcomed the “invisible witness.”

The extent to which tech companies are willing to cooperate with lawmakers — and to adapt — will help answer one of the biggest questions looming over the hearing: As problems continue to dog the industry, is it time for Congress to step in with legislation? That step, which could be constricting and costly for companies like Facebook and Twitter, is one that many anti-regulation Republicans would prefer not to take. But several Democrats, particularly Sen. Mark Warner, suggested during the hearing that Facebook and Twitter are not capable of solving the problems the platforms have helped enable.

“I’m skeptical that ultimately you’ll be able to truly address this challenge on your own,” Warner said. “I believe Congress is going to have to act.” Ideas about what such action might look like ranged from new laws that would facilitate greater information-sharing among public and private stakeholders (particularly about threats posed by foreign actors in cyberspace) to rules that would hold social media companies more accountable for the content on their platforms.

But while the representatives from Facebook and Twitter both promised that their companies would continue to evolve in order to keep up with bad actors who continually game their systems, Dorsey went further in his willingness to question the basic way that his platform operates. He suggested that the leadership of Twitter had been questioning the value of basic features that have defined the platform, such as keeping a prominent count of how many followers users have and encouraging users to retweet one another.

“We need to question the fundamental incentives,” Dorsey said, as he emphasized the goal of facilitating healthy discussion in the “digital public square” that Twitter created back in 2006. “What worked 12 years ago,” he said, “does not work today.” 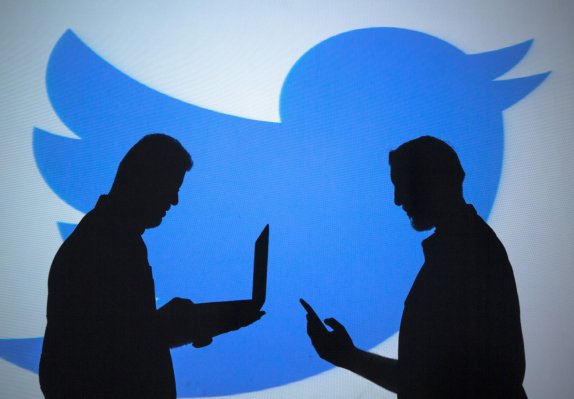