The True Story Behind the Movie The Angel

The film The Angel, Netflix’s latest thriller about a real-life Egyptian man who spied for Israel in the 1970s, revisits a turbulent time in Middle Eastern history.

In 1973, Egyptian and Syrian forces launched an attack on Israel on the holy day of Yom Kippur, setting off what would turn into a weeks-long war. Though most of Israel was caught off guard by the attack, its intelligence agency, Mossad, had in fact received a tip about what was to come. That tip came from Ashraf Marwan, a well-connected Egyptian national: Marwan’s father-in-law was Egyptian President Gamal Abdel Nasser, and Marwan went on to serve as an aide to President Anwar Sadat following Nasser’s death in 1970. Through access to his country’s top officials, Marwan had access to sensitive information — which he provided to Israel for several years, earning the code name “Angel.”

Based on Uri Bar-Joseph’s book The Angel: The Egyptian Spy Who Saved Israel, the film, which comes to Netflix on Sept. 14, questions what would motivate a man like Marwan (played by Dutch actor Marwan Kenzari) to betray his country. The Angel posits that Marwan, who in real life died mysteriously, after falling off a London balcony in 2007, would do anything to secure peace; other accounts suggest the spy was a double agent who sought more power and money.

Here’s what’s real — and what’s fictional or unclear — in the movie.

Fact: Marwan first reached out to Israeli officials from a London telephone booth

In the film, Marwan sneaks off to a London telephone booth to call the Israeli embassy to offer himself up as a spy for Mossad. He gets the idea to do so after first failing to convince Nasser, who was still alive at the time, not to go to war with Israel. Marwan’s determination grows after he finds out that Nasser told his wife, Mona, to divorce him. (Nasser had begged his daughter to divorce Marwan after getting wind of his son-in-law’s penchant for gambling).

The phone call scene in the film plays out pretty much the way Bar-Joseph details in his book. He writes:

As The Angel shows, Marwan twice told Israeli intelligence forces that Egypt planned to wage war against its neighbor. Each time, the plans fall through, shedding doubt on Marwan’s claims and raising suspicion of him among Mossad agents. When Marwan arrives toward the end of the movie to deliver to his Israeli handlers the news that Egypt was going to attack, Mossad doesn’t believe him at first.

That actually happened, Bar-Joseph writes in his account of Marwan’s life.

So, even with Marwan’s warning that Egyptian and Syrian troops planned to launch a surprise attack on Yom Kippur, Israel was taken off guard and did not prepare as it might otherwise have done. “[The] details of the invasion were the best-kept Arab military secret in 25 years; combat commanders were not informed of the upcoming attack until they had need to know,” TIME reported that week. “Both Israeli and U.S. intelligence picked up signs of gathering forces, but could not bring themselves to believe that the Arabs were actually going to attack. It was only ten hours before the assault began that Israel finally concluded that the Arabs meant business. By the time the attack came on the afternoon of Yom Kippur, the Israelis were mobilizing, but they were too late to prevent Arab advances.”

Unclear: Marwan was a double agent

The Angel would have one believe that Marwan’s deft maneuvering as a spy for Israel paved the way to the eventual Egypt-Israel Peace Treaty, signed by Sadat and Israeli prime minister Menachem Begin in 1979. The film implies that Marwan would go to any lengths to obtain peace for both sides in the Arab-Israeli conflict — so much so that he raised suspicion among both Egyptians and Israelis that he was a double agent sent to give incorrect information to Mossad.

Bar-Joseph in his book attempts to debunk the notion that Marwan was a double agent, instead positioning Mossad’s doubts about the spy as a matter of credibility and accuracy. In that telling, Israeli officials would have been better off trusting Marwan more. But others back up the theory that Marwan actually was working for Egypt the whole time. Ahron Bregman, a political scientist based in the U.K. who revealed Marwan’s history as a spy for Mossad in 2002, said the spy misled Israel on purpose.

“Ashraf Marwan, whom I knew well, was an Egyptian hero and an Egyptian spy who misled the Mossad by feeding them, for years, with wrong information,” Bregman tells TIME via email. “He was the jewel in the crown of the Egyptian deception plan in 1973, which led to Israel being caught up unprepared to the Egyptian invasion in Yom Kippur 1973. Marwan ridiculed the Mossad for years.”

Even the countries Marwan worked for can’t agree on his status. Israeli intelligence officers who worked with Marwan have said he was one of “the best” spies they had — but Egypt, too, claims Marwan as a hero. Following Marwan’s death, former Egyptian President Hosni Mubarak called him a “true patriot of his country” and gave him a hero’s funeral, even though his work with Mossad was well-known at the time.

Fiction: Marwan removed a key piece from a missile to stop a Palestinian plot

The Angel begins with Marwan delivering weapons to the Palestinian Black September group, a terrorist organization that formed in 1970, that was plotting to shoot down a plane flying to Tel Aviv from Rome.

That Marwan stopped the plot and prevented the deaths of hundreds of people aboard the plane is true. But the way the film depicts him doing so departs from reality. In the film, Marwan sends his family off to Geneva to keep them safe before transporting weapons to the Palestinians. Prior to handing over the weapons, he removes a small piece from one missile that prevents it from firing.

Black September group members were really arrested for such a terrorist plot in 1973, which they tried to carry out in retaliation for an attack earlier in the year by Israeli fighter jets on a Libyan commercial plane, but Marwan did not stop the plot all by himself. While the movie shows him flying internationally with the weapons in his luggage, it was actually his wife Mona who carried them. The weapons were packed in diplomatic baggage unbeknownst to her, according to Bar-Joseph’s book:

Once in Rome, Marwan relied on the coordination of Mossad and local authorities to apprehend the terrorists before an attack was carried out. The five Black September group members were arrested and their missiles confiscated before anything happened, Bar-Joseph writes.

Fiction: Marwan faked an affair with a British socialite to thwart attention

In The Angel, Marwan befriends a woman named Diana, who assists him on a few of his missions for Israel. Later, as he’s being trailed by Egyptian officials who have become suspicious of him, Marwan pretends he is having an extramarital affair with Diana to throw them off.

There is no actual evidence that Marwan worked with or had an affair with a woman named Diana; Bar-Joseph’s book and other accounts of Marwan’s work for Israel mention nothing about extramarital affairs. According to Bregman, it’s hard to say whether Marwan actually had any affairs, “but it had nothing whatsoever to do with Ashraf’s espionage activities,” he said.

Mona Nasser leaves Marwan toward the end of The Angel, having grown frustrated with his erratic behavior and believing that he is carrying on an affair. Unable to tell her the truth, Marwan accepts that they will lead separate lives while remaining married.

In real life, the couple did not separate and remained married until Marwan’s death in 2007. 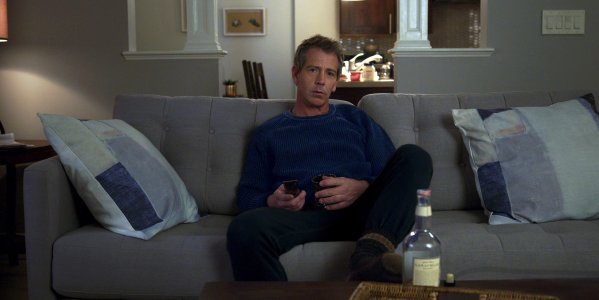 In The Land of Steady Habits It’s Okay to Laugh When Life Is Bad
Next Up: Editor's Pick