Americans Are Going to Urgent Care Centers More Than Ever, Study Says

Visits to urgent care clinics increased by 119% among commercially insured Americans between 2008 and 2015, according to new research published in JAMA Internal Medicine. During the same time period, emergency room visits for low-severity conditions — like those treated at urgent care centers — decreased by 36%.

“Over the last several years, the use of these venues has grown a lot. I think patients are interested in convenience,” says study co-author Dr. Sabrina Poon, who was an emergency physician and research fellow at Brigham and Women’s Hospital when the research was completed, and is now at Vanderbilt University Medical Center. “Cost is also a big factor, and wait times.”

The study looked specifically at Americans younger than 65 who were covered by Aetna, which insured about 20 million people during each of the study years. The Aetna members included in the study made 20.6 million acute care visits during the eight-year research window.

Telemedicine and visits to retail clinics, such as those in pharmacies and big-box stores, are also getting more popular, the study says — though they still make up a small portion of acute care. In 2015, there were six virtual visits per 1,000 customers (up from virtually none in 2008), and 22 retail clinic visits per 1,000 members (up from seven in 2008). The study didn’t look at pre-scheduled office visits.

The increases don’t necessarily mean that people are choosing urgent care centers when they once would have gone to the ER, Poon says. Overall use of acute care facilities rose by 31% during the study period, and health care spending per person per year rose by 14%, suggesting that people are simply getting more medical care than they used to. That’s partly due to the growing prevalence and popularity of urgent care and retail clinics, which may attract patients who otherwise wouldn’t have sought medical attention, the authors say.

Reductions in ER visits may instead be driven by high costs and long wait times, the study says. In 2015, the average low-severity emergency room visit cost $422 out-of-pocket, compared to $66 at urgent care centers and $37 at retail clinics. At $14 per appointment, telemedicine was even cheaper. However, despite the lower costs, the researchers found that wealthier patients were more likely than lower-income people to use non-ER resources, perhaps because of differences in geographic prevalence and transportation accessibility.

Poon stresses that the emergency room is sometimes the best choice for patients — especially for more serious conditions or accidents. As alternative venues become increasingly popular, she says it’s up to the medical system to clarify for patients where they should go and when.

“I recognize that it’s exceedingly difficult, sometimes, to figure out where the best place to go is,” she says. “The medical system as a whole could probably be better at helping patients figure that out.” 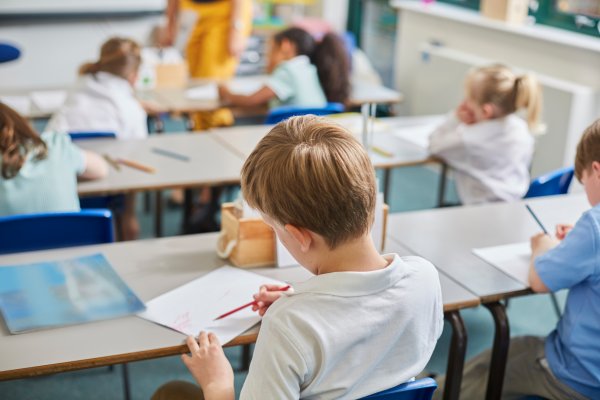 One in 10 U.S. Kids Has Been Diagnosed with ADHD
Next Up: Editor's Pick