One of President Donald Trump’s personal attorneys said the descriptions in a new book of Trump launching into a 30-minute rant at the end of a mock special counsel interview are “completely false.”

Trump’s lawyers did not conduct such a session, attorney Jay Sekulow told TIME.

Veteran Washington journalist Bob Woodward’s new book, “Fear,” describes a mock interview on Jan. 27 and the dismayed reaction of Trump lawyer John Dowd, who argued that Trump should not testify, as reported in the Washington Post Tuesday, which has received a copy of the book before publication.

According to the book, Trump lashed out after being peppered with the type of questions Special Counsel Robert Mueller would ask, calling the Russia investigation “a goddamn hoax” and telling Dowd he didn’t want to testify.

But in March, according to the book, Trump changed his mind, saying that he would be a “real good witness,” prompting Dowd to resign.

The book goes on to describe a meeting in March between Trump’s lawyer’s and Mueller in which Dowd reenacted Trump’s performance in the mock session for Mueller as a way to explain why Dowd didn’t want Trump to testify. “John, I understand,” Mueller reportedly replied.

The White House pushed back hard against the detailed anecdotes from Woodward’s book. “This book is nothing more than fabricated stories, many by former disgruntled employees, told to make the president look bad,” said White House Press Secretary Sarah Sanders in a statement.

Trump’s lawyers issued similar denials. Dowd told TIME in a statement he did not refer to Trump as a “liar” or tell the president he was likely to end up in an “orange jumpsuit” if Trump agreed to an interview with Mueller, as described in the Post‘s description of the book.

“There was no so called ‘practice session’ or ‘reenactment’ of a mock interview at the Special Counsel’s office,” Dowd said. Sekulow, who Woodward describes as attending the March meeting with Mueller, backed up Dowd’s denial, saying he never attended such a meeting. Sekulow also said Trump’s legal team did not have Trump practice answering mock questions.

“We did not have a practice session in January,” Sekulow said in a telephone interview on Tuesday.

Trump’s legal team has seen unusually high turnover for a presidential job. A spokesman for Trump’s legal team, Mark Corallo, resigned in 2017 out of frustration. Trump’s longtime attorney, Marc Kasowitz, took a reduced role after reports of profane emails he sent to a stranger and other professional concerns. Attorney Ty Cobb left the legal team in 2018.

One key area of debate among Trump’s legal team has been how much to cooperate with Mueller and whether or not the president should testify.

If Trump testifies voluntarily, he would be allowed to have his lawyer present. If he refuses to testify, Mueller could subpoena him to appear before a grand jury, where his lawyers would not be allowed.

With the exception of Barack Obama, every president since Richard Nixon has been involved in a federal criminal investigation while in office, and all but George H.W. Bush agreed to submit to questioning during it.

But Dowd warned Trump against testifying in unusually colorful language, telling him in late March, “Don’t testify. It’s either that or an orange jumpsuit,” according to the book.

When Trump replied that he would be a good witness, Dowd replied, “I’m afraid I just can’t help you,” and resigned the next day, the book says. 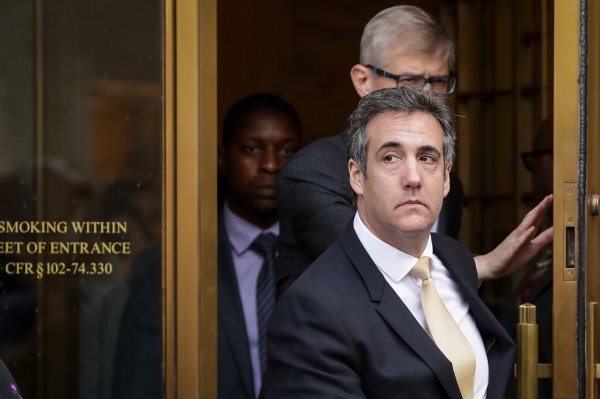