John Krasinski Would Fly 6,000 Miles for Emily Blunt and He Did

John Krasinski is once again proving himself to be the ultimate family man. Not only has he seen Emily Blunt’s breakout film The Devil Wears Prada at least 75 times, but he also flew to see his wife and kids every single weekend while filming Jack Ryan.

At the Aug. 31 premiere of the new Amazon series at the U.S.S. Iowa Battleship Museum in Los Angeles, Krasinski told People that he never misses an opportunity to spend time with his family no matter how busy he is with work.

“Family for me, it’s a non-negotiable thing,” he said. “So if I’m honest, I was shooting 6,000 miles away from them, and I flew back every single weekend.”

Krasinski went on to explain that Blunt and their two daughters were living in London while he was in Montreal for Jack Ryan.

“Emily was shooting a little indie movie called Mary Poppins,” he joked. “So they were with her, and we always set up a base, and I always want the base to be with their mom, and I’ll do the flight time.” 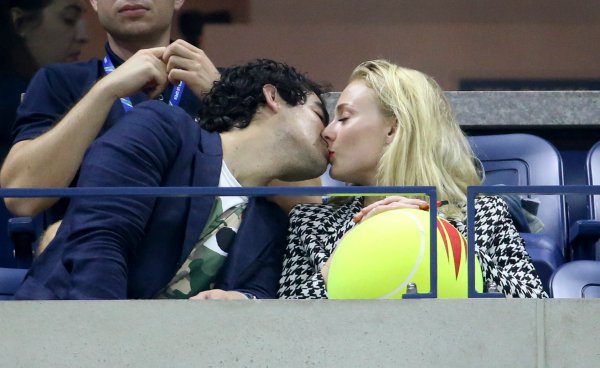 Sophie Turner and Joe Jonas Trolled Photographers Quite Hard at the U.S. Open
Next Up: Editor's Pick