Joe Biden Was Spotted Running and Everyone Made the Same Joke

Former Vice President Joe Biden was spotted running in Pittsburgh on Monday, and the internet couldn’t resist turning it into a joke.

Biden has fielded plenty of speculation about his presidential hopes and a potential run in 2020. So when the politician, who was in Pittsburgh to march in the city’s Labor Day parade, was spotted jogging down the street, onlookers didn’t let the moment go unnoticed.

Jokes aside, Biden has not ruled out a 2020 presidential campaign. Last month, Biden said he’ll decide whether to run by January.

A 2017 poll suggested that Biden would beat President Donald Trump if the two faced off in 2020. Trump, however, remains unconvinced, saying in July that it would be “a dream” to run against Biden, and that former President Barack Obama picked Biden “out of the garbage heap.” Trump and Biden have feuded before, with Biden famously saying if the two were in high school together, he would “take him behind the gym and beat the hell out of him.” 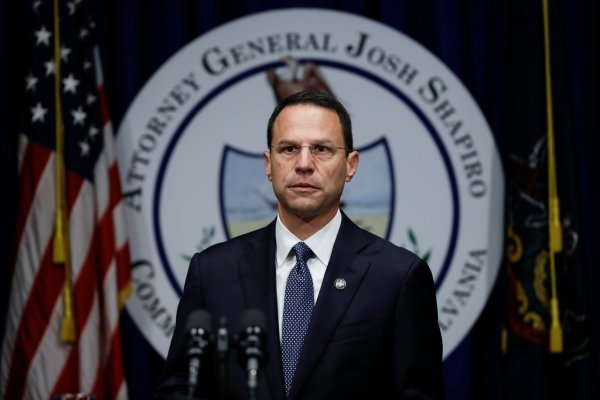 ‘The Laws Need to Change’ After Shocking Reports of Child Abuse by Catholic Priests, Pennsylvania Attorney General Says
Next Up: Editor's Pick