George W. Bush Slipped a Piece of Candy to Michelle Obama at McCain's Funeral and the Internet is Glad

The moment was captured by cameras during former Sen. Joe Lieberman’s eulogy to McCain, who died last Saturday after battling brain cancer. The former President and former First Lady were among other political VIPs in attendance at Saturday’s funeral service at Washington National Cathedral.

Bush was seen grabbing a mint from his wife, former First Lady Laura Bush, and then passing it to Michelle Obama who mouths “thank you” with a smile.

McCain asked Bush and former President Barack Obama – both of whom beat McCain in presidential elections – to give eulogies at his funeral.

Bush and Michelle Obama share an unlikely friendship that many were happy to see make a resurgence at McCain’s funeral. 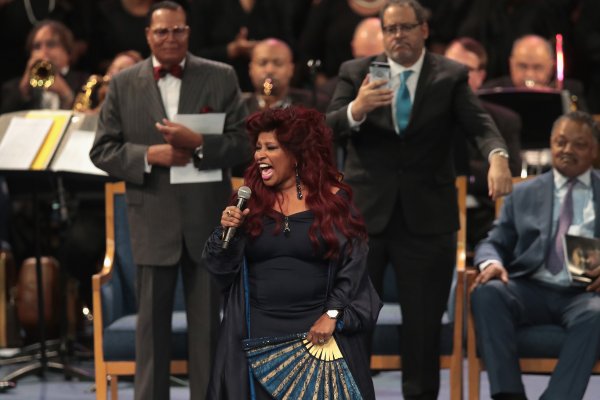 People Can Really Relate Chaka Khan Reading Lyrics Off the Back of Her Fan At Aretha Franklin's Funeral
Next Up: Editor's Pick