“For John and me, there was a personal journey,” he said. “Back in the day, he could frustrate me, and I know he’d say the same thing about me. But he also made me better.”

Bush also noted current political tensions, and spoke of McCain as a voice of reason among adversity.

“John detested the abuse of power. He could not abide bigots,” he said. “There was something deep inside him that made him stand up for the little guy, to speak for forgotten people in forgotten places.”

Bush defeated McCain for the Republican presidential nomination in a bitterly fought 2000 presidential primary in which allegations against McCain’s family ran wild. McCain notably fought Bush on many of his policies when Bush became president, advocating against Bush’s tax cut plans, fighting his energy bill and questioning his management of the Pentagon. But between campaigns and political feuds, McCain and Bush maintained a cordial relationship.

Despite their long political history, Bush and McCain were cordial. Bush is listed as a “friend” in the program for Saturday’s ceremony.

“Some lives are so vivid, it’s difficult to imagine them ended. Some voices are so vibrant and distinctive, it’s hard to think of them stilled,” Bush said at the service. “A man who seldom rested is laid to rest.”

Read the full transcript of Bush’s eulogy of John McCain: 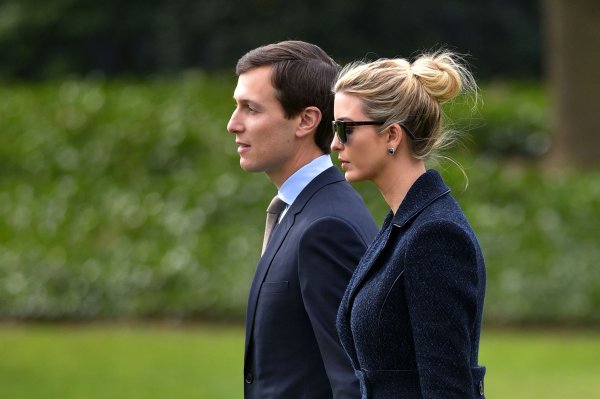 Trump Tweets About NAFTA During McCain's Funeral
Next Up: Editor's Pick