Leave it to Aretha Franklin to go out in style. On Friday, notable figures and family gathered in Detroit to celebrate and honor the late singer for her funeral — and they were welcomed by a gathering of more than 100 pink Cadillacs that lined the street leading to Greater Grace Temple, a tip of the hat to the famous diva.

Franklin had a soft spot for pink Cadillacs: “We goin’ ridin’ on the freeway of love in my pink Cadillac,” she sang in her 1985 single “Freeway of Love.” The Cadillac tribute — organized by Crisette Ellis, wife of the Greater Grace Temple pastor — was inspired not only by that evocative lyric, but also by the manner in which police cars line streets to pay respects to their own fallen, according to NPR.

“My husband said, ‘Wouldn’t it be awesome if we could have a sea of pink Cadillacs parked on Seven Mile Road to greet Ms. Aretha Franklin as she arrives?'” Ellis told NPR.

And that’s exactly what guests were greeted to on Friday morning as they arrived for the funeral. Dignitaries including the Rev. Al Sharpton and former President Bill Clinton are slated to speak, while singers like Ariana Grande and Jennifer Hudson will pay musical tribute to the late, great superstar. 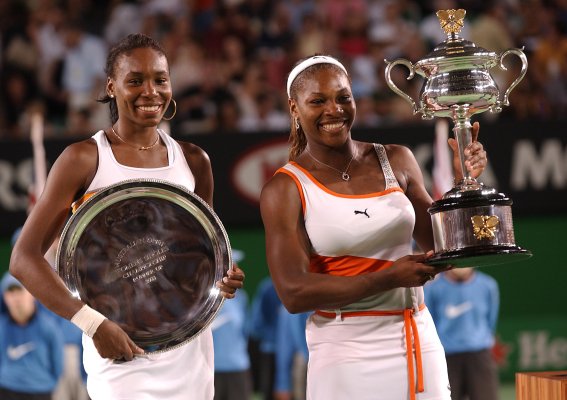 Venus and Serena Williams Are Facing Off in the US Open Again. Here’s Every Time the Dynamic Duo Has Competed
Next Up: Editor's Pick