Diplomatic Back Channels Were Once Seen as a Good Thing. But They've Always Been Risky

Reporters take pictures of President Kennedy behind his desk, after signing the arms embargo against Cuba on Oct. 23, 1962. The embargo effectively quarantined Cuba.
Bettmann/Getty Images
By Steven T. Usdin

Maria Butina is sitting alone in a cell in a federal prison in Alexandria, Va., awaiting trial for charges that she failed to register as a foreign agent. The 29-year-old Russian exchange student has been compared to the Russian sleeper agent Anna Chapman, who was arrested in 2010, but her case bears even more similarity to earlier dramas.

An FBI affidavit accuses Butina of trying to establish “back channels” that would allow the Russian government to influence American politicians and government officials. The accusations evoke memories of the Cold War — and of a period when “back channel” was not a pejorative term, as the U.S. and Soviet governments leaned on journalists, undercover spies and private individuals to carry messages between the White House and the Kremlin.

But just because back channels were more accepted at that time, that doesn’t mean they were a good idea. Two back channels that operated in Washington during the Cuban Missile Crisis — which we now know about thanks to since-declassified files and the writings of those who were involved — illustrate the potential benefits, as well as the perils, of using individuals with ties to foreign intelligence services to sidestep official channels.

One of the back channels that carried messages between the Kremlin and the White House during the face-off in the Caribbean was established a decade earlier, in the spring of 1951, when Frank Holeman, Washington correspondent for the New York Daily News, befriended a young, charming Russian journalist named Georgi Bolshakov. Bolshakov, an officer in the GRU, the Soviet military intelligence agency, was posing as a reporter for TASS, a Soviet news agency.

Vice President Richard Nixon, a friend of Holeman’s, encouraged the relationship. He knew he could use Holeman to send and receive messages to Bolshakov, whom he understood was in touch with the Kremlin. When Bolshakov’s TASS posting finished in 1955, he kept the back channel alive by introducing Holeman to another GRU officer who worked in the Soviet embassy. Holeman and his GRU counterpart relayed messages between Nixon and Nikita Khrushchev in 1958 that helped diffuse superpower tensions over Soviet attempts to take over West Berlin, even as many officials in Washington and Moscow feared those developments would spark World War III. The back channel also smoothed the path for Nixon to travel to Moscow, where he debated Nikita Khrushchev in front of television cameras.

When Bolshakov returned to Washington in 1959, this time as press attaché, he resumed his friendship with Holeman. Their relationship, and their roles as unofficial intermediaries between the White House and the Kremlin, intensified during the Kennedy administration. At first Holeman served as an intermediary, conveying messages between Attorney General Robert F. Kennedy and Bolshakov. In May 1961, Holeman introduced the Soviet spy to the President’s brother and confidant.

RFK immediately bonded with Bolshakov. They held more than 40 meetings over 15 months – the number isn’t known because most were not recorded on Kennedy’s official calendar, and he took no notes about the freewheeling exchanges. Robert Kennedy introduced Bolshakov to the President. The Kennedy brothers treated Bolshakov as a friend, and were convinced that lowering their guard and communicating openly with him, and implicitly through him to Khrushchev, would help thaw the Cold War. They brushed off warnings from the FBI that they were dealing with a professional intelligence officer.

Although he liked and respected the Kennedys, Bolshakov never forgot that he was a GRU Colonel. Bolshakov was playing a part, and the script had been written in Moscow. His words and demeanor were calibrated to validate John Kennedy’s instinct that the narrow-minded cynicism of cold warriors was to blame for poor relations with the USSR.

In August 1962, President Kennedy summoned Bolshakov to the White House and told him that to lower tensions he had ordered the U.S. military to stop aerial inspections of Soviet ships headed to Cuba. Bolshakov flew to Russia the next day and personally briefed Khrushchev. (He would also later tell a wider audience about his experiences, in an article published in the Russian newspaper Novoye Vremya in 1989.)

That October, when they learned the Soviets were shipping nuclear missiles to Cuba, the Kennedys realized that they’d been played.

In his memoir of the crisis, Robert Kennedy juxtaposed messages Bolshakov and others had conveyed from Khrushchev, claiming arms shipments to Cuba were defensive, with his receipt of news that the Soviets had placed nuclear missiles on the island. “[We] realized that it had all been one gigantic fabric of lies,” RFK wrote. He added that “the dominant feeling was one of shocked incredulity. We had been deceived by Khrushchev, but we had also fooled ourselves.”

Meanwhile, a second back channel opened a comedy of errors that, if the world hadn’t been on the brink of nuclear Armageddon, would have been amusing. Like Bolshakov’s friendship with Holeman, it involved a relationship between a Soviet intelligence officer and a journalist.

In 1961, the top KGB officer in Washington, Alexander Feklisov, reached out to an ABC television news reporter, John Scali, to suggest that they meet from time to time for informal lunches. Feklisov, a fluent English-speaker who was known in the U.S. as Alexander Fomin, told Scali that he wanted to practice his English. Scali, in turn, went to the FBI. As is made clear from KGB and State Department records, as well as numerous works of history that address this episode, the FBI asked Scali to take up the offer, and the reporter briefed FBI counterintelligence officers after every lunch.

On Oct. 26, 1962, at the height of the Cuban Missile Crisis, Feklisov called Scali with a request to meet for lunch. At that meeting, Feklisov suggested a deal. As Scali then told the State Department’s intelligence chief, the Cuban missile “bases would be dismantled under United Nations supervision and Castro would pledge not to accept offensive weapons of any kind, ever, in return for US pledge not to invade Cuba.”

Convinced that Feklisov was acting as a back channel from Khrushchev, Secretary of State Dean Rusk composed a response accepting the offer, ran it by JFK and gave it to Scali.

After Scali briefed Feklisov at a coffee shop, the KGB officer hurried the two blocks to the Soviet embassy and wrote a report that he believed could avert nuclear war. Feklisov’s account of their lunch conversation was similar to Scali’s with one critical difference: he wrote that Scali had proposed the deal. According to Feklisov’s cable and comments he made decades later, he had been fishing for information when he met Scali, not conveying messages from Khrushchev.

The Soviet ambassador, unwilling to let the KGB bypass his own negotiations, prevented Feklisov from sending his cable to Khrushchev. Eventually Feklisov sent it to KGB headquarters instead. By the time it was decrypted and passed to the Kremlin, Khrushchev had already backed down. There is no evidence that the Soviet leader ever read it.

Meanwhile, the Kennedys and other top American government officials were certain that Feklisov was acting under direct instructions from Khrushchev and that the Kremlin had picked Scali as an intermediary to communicate with the White House. They were angered and confused when the Soviet leader sent messages that made no reference to the deal Scali had described, or to their carefully crafted responses.

In the end, the crisis was resolved in spite of the muddled back channel messages.

There are important differences between Maria Butina and the Russians who set up back channels during the Cuban missile crisis. Unlike Bolshakov and Feklisov, Butina isn’t a professional intelligence officer, and she isn’t protected by diplomatic immunity. Looking back, however, it is instructive to remember a time when the White House embraced informal connections to the Kremlin, and how they confused as well as clarified communications between Washington and Moscow.

Steven T. Usdin is the author of Bureau of Spies: The Secret Connections between Espionage and Journalism in Washington, available now. 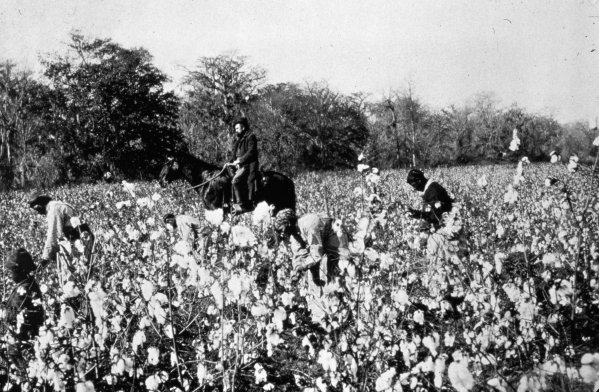 How the History of Slavery in America Offers an Important Labor Day Lesson
Next Up: Editor's Pick