The Trump Administration is proposing a federal rule that would make it so that immigrants who use public benefits could be deemed ineligible for legal status in the U.S.

Under the rule, using food stamps, receiving Medicaid, using housing vouchers or living in public housing could make it more difficult for some immigrants to obtain green cards or get admitted to the U.S. Those who utilize the Medicare Part D program for prescription drugs would also be hurt by the rule.

The Department of Homeland Security says the rule would not apply to refugees and those who have asylum in the U.S. The Administration is proposing exceptions for those who serve in the armed forces

In a statement on Saturday, Department of Homeland Security Secretary Kirstjen Nielsen said the rule will “implement a law passed by Congress intended to promote immigrant self-sufficiency and protect finite resources by ensuring that they are not likely to become burdens on American taxpayers.”

The rule has not yet been published to the federal register, but the Department of Homeland Security says that will happen in the coming weeks. Once it is published, the public will have 60 days to comment on the rule before it is finalized. The administration will not need Congressional approval in order to implement the changes.

The notion that immigrants should be self-sufficient is already somewhat ingrained in American law. The government has long blocked people from immigrating to and staying in the U.S. based on how likely they are to become a “public charge,” or someone who relies on public assistance in order to survive.

But since the late 1990s, the federal government has defined public charges as people who are “primarily dependent on the government for subsistence, as demonstrated by either the receipt of public cash assistance for income maintenance, or institutionalization for long-term care at government expense.” Under those guidelines, immigrants applying for visas and green cards have been free to take advantage of non-cash benefits including health insurance programs such as Medicaid and food stamps.

The Trump Administration’s new rule would fundamentally change that. Under the proposed changes, being on welfare could mean the difference between living to the U.S. or being deported. The rule is the Administration’s latest attempt to significantly curb legal and illegal immigration in the U.S.

Leaked versions of the rule have been floating around for months. Advocates have already expressed concern that it is driving immigrants away from federal benefits services like food stamps and the Special Supplemental Nutrition Program for Women, Infants, and Children.

“One in four children in the U.S. live in an immigrant family and nine out of 10 of those kids are U.S. citizens,” says Julie Linton, the co-chair of the American Academy of Pediatrics Immigrant Health Special Interest Group. “This will have a huge impact on the foundation of our ‘nation of immigrants.’”

Researchers at the Migration Policy Institute have said the rule could have a “backdoor effect” of reshaping the American immigration system and serve as a “modern-day version” of the National Origins Quota Act of 1924, which restricted immigration from certain countries in order to reduce the non-white population.

Supporters of the proposed rule say its primary purpose is to reduce strains on American taxpayers. “I think the rationale is not so much to change the characteristics of incoming green card holders, but to lessen the tax burden on folks, to reduce the number of people that we’re adding on to SNAP rolls or existing housing rolls,” says Chris Chmielenski, the deputy director of NumbersUSA, a hardline group that pushes for reductions in immigration.

Advocates have also said the rule has already had a chilling effect in the immigrant community where people have already begun to disengage from services.

Dr. Lanre Falusi, a Washington, D.C. based pediatrician, says she has already encountered families who have opted out of participating in nutritional and healthcare programs out of fear that it will hurt their chances of adjusting their status.

“We have a patient in our practice who has sickle cell disease,” she says. “The father told one of my colleagues that they are actually not continuing the child’s Medicaid because it may harm their chances of getting permanent residency in the future.”

Falusi, who is also a spokesperson for the American Academy of Pediatrics, says over the past six months she has encountered more moms who have opted out of signing their newborns up for WIC than she has over the past decade.

“They’ll say that I heard that when I apply for my green card I might not get it because we had WIC or because we had SNAP,” she says of her patients, the majority of whom are Central American immigrants. “We’re forcing these families into situations where they have to make this false choice that really isn’t fair to the family or the child.”

The original version of this story misstated the name of the program under which some people receive prescription drugs. It is Medicare Part D, not Medicaid Part D. 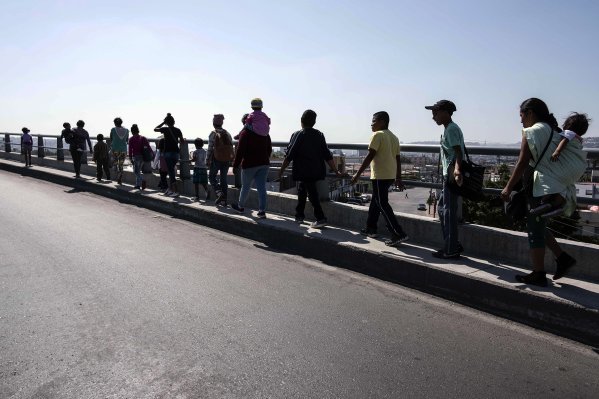