'Total Lunacy.' People Are Freaking Out Over How Neil Armstrong Biopic First Man Handles the American Flag on the Moon

The Neil Armstrong biopic First Man premiered at the Venice Film Festival on Thursday, but it’s the film’s omission of Armstrong’s historic planting of the American flag on the moon has many outraged.

While most people associate Armstrong with the iconic moment when he placed the American flag on the moon, director Damien Chazzell chose to cut out the moment for the biopic based on James Hansen’s biography of Armstrong’s life. Ryan Gosling, who plays the first man to walk on the moon, gave an explanation for the decision that has caused some outraged. Gosling told reporters at the Venice Film Festival that the astronaut’s accomplishments “transcend countries and borders” and that he believes Armstrong did not view himself as an American hero.

“I think this was widely regarded in the end as a human achievement and that’s how we chose to view it,” Gosling said, according to The Telegraph. “Also I think Neil was extremely humble, as were many of these astronauts, and time and time again he deferred the focus from himself to the 400,000 people who made the mission possible.”

Gosling’s comments did not sit well with many, with the hashtag #boycottfirstman trending on twitter Friday morning. Senator Marco Rubio called the movies choice “total lunacy.”

Some critics at Venice from outlets including Vanity Fair and the Daily Beast said that First Man does show the American flag on the moon.

Hansen and Armstrong’s sons, Rick and Mark, spoke out against those criticizing the movie, saying First Man is not “anti-American in the slightest” in a statement to Deadline on Friday. 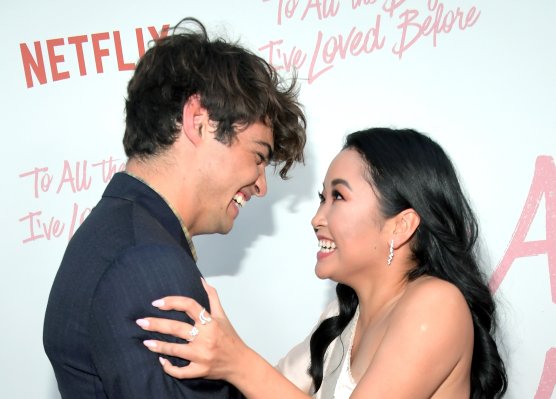 Here's the Secret Hidden in the Credits of To All the Boys I've Loved Before Credits That Hints at a Sequel
Next Up: Editor's Pick