What Salary Should You Ask For? Here’s How to Figure Out What You’re Worth

Whether you’re nailing down the details of a new job offer or hoping to negotiate a raise in a current role, you probably want to make sure you’re being paid fairly. One way to do that, according to experts, is to figure out your market value.

Your market value is an estimation of how much you should be earning based on your job title, years of experience, skills and location. Doing research to determine your worth before walking into a salary negotiation can help you get the outcome — and the income — you want.

“It’s really important to be well-calibrated before you go into a negotiation about what you should be asking for,” says Linda Babcock, an economics professor at Carnegie Mellon University. “You’ll be at a real disadvantage if you ask for too little or too much — both of those things are mistakes.”

Here’s how to figure out how much you’re worth at work, according to experts.

One of the easiest ways to research your market worth is to consult online tools.

The U.S. Department of Labor’s Bureau of Labor Statistics has an online database that contains the annual mean wage for over 800 occupations, which Babcock says tends to be less precise than other online tools.

Other resources include Glassdoor’s Know Your Worth tool and PayScale’s What Am I Worth? tool. Both mechanisms allow users to input information about their job, years of experience and location. The sites then provide an estimate of the salary users should be making. Both Glassdoor and PayScale base their salary figures off of salary data inputted by users.

“A lot of these websites have pretty detailed information in different kinds of jobs that can give you an estimate of a good range for your job title and years of experience,” Babcock says.

But Hannah Bowles, a senior lecturer and co-director of the women in public policy program at Harvard Business School, says that while these numbers are a great starting point to determine a salary range, they probably won’t align perfectly with your own situation.

“There’s no reason not to look there, and you might learn something, but you have to look at those numbers critically,” Bowles says. “You can’t just look up your job title… and assume that’s the number you’re going to get paid.”

Talk to your co-workers and network

To get information that’s more accurate and tailored to your own situation, experts suggest asking your co-workers in similar roles what they make. In recent years, several states have passed laws that prohibit penalizing workers for discussing salaries in the workplace amid advocacy for pay transparency.

“It can always be awkward talking about salary. You may not be comfortable asking them what they earn,” Babcock says. “But you could ask them a question: ‘What do you think someone in my position should be earning?’ That way they can use all the information they have, but they don’t have to reveal their own information.”

You should also have these conversations with people who work in similar jobs at different companies, according to Alison Sullivan, the data and economics communication manager at job site Glassdoor.

“Engage with people at industry network events to get a good sense of what the ballpark figure is and what the standard is within the industry for your role,” Sullivan says. “Use that information to apply your own knowledge about your personal situation.”

But because women and minorities in the U.S. make less than white men on average, it’s essential to ask a wide variety of colleagues these questions, Bowles notes, to make sure you’re not getting answers influenced by discrimination or biases.

“We all tend to compare ourselves with similar people,” Bowles says. “So if men are asking men what they get paid, and then women are going to their girlfriends, the men just may walk into the negotiation with a higher number than women… Reach outside convenience networks and try to get the best information.”

After consulting online tools and talking to colleagues, Babcock suggests determining a salary range for yourself based on your research that you can present to a hiring manager or your boss. Salary negotiations are often thought of as combative conversations between employees and employers. But Lydia Frank, the vice president of content strategy at PayScale, says that attitude can deter negotiations.

“When you approach it as collaboration or a conversation, both parties want to make sure they’re getting value,” Frank says. “When you think of it that way, you can really talk it through: can we talk about the duties and the job description so we can really get to a truly comparable market rate? Many folks working on compensation will be willing to have that conversation.”

Babcock agrees that framing salary negotiation as a discussion will get the best results. You can ask your manager how your current pay was determined and what you need to do to land a raise or promotion, she says.

“You want to present it in a very collaborative way — say, ‘I want to have a discussion about my salary. Here’s some information that I gathered it. How does this jibe with what you’re thinking in terms of where I am in the organization?'” Babcock says. “A lot of people think that they go in, give a number and walk out. That’s too simple of a script.”

Conditions at a company — like budget freezes or other fiscal challenges — can sometimes make it impossible for managers to offer pay raises. In those cases, Bowles suggests trying to negotiate for more benefits or a job title that will teach you skills and set you up for a higher-paying job down the line.

“You should advocate for the type of job you want and the type of experience you want… Think about: what is this job setting me up to do?” Bowles says. “Your lifetime earnings are tied more to your career trajectory than your capacity to negotiate for a little bit more money.”

But, ultimately, experts say it’s important to advocate for yourself — especially if you’re a woman or person of color. Make it clear to your employer what value you bring to the organization and how you believe you should be compensated. Ask questions if you don’t think what you’re bringing home is fair.

“The gender pay gap is real,” Sullivan says. “It’s especially important for women to know their worth and really advocate for themselves.” 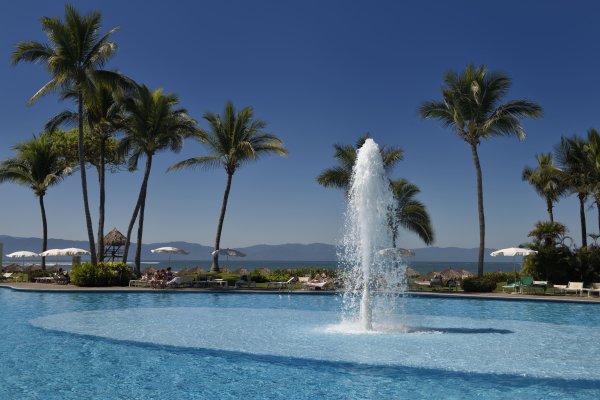 This Dream Job Will Pay Six Figures to Vacation in Mexico
Next Up: Editor's Pick