Why Going After Google Is a 'Dumb Fight for Trump to Pick,' According to California Congressman

President Trump accused Google and other companies of producing “rigged” search results about him — without presenting any evidence — and suppressing other conservatives by “hiding information and news that is good” on Tuesday.

Over the next 24 hours, other members of his Administration followed up with suggestions that the White House might want to regulate Google. Then Trump took aim at the company again on Wednesday, posting a video that appeared to show the Google homepage promoting Obama’s State of the Union addresses, but not his.

Google responded with a statement saying the company had promoted State of the Union speeches by both presidents. And the company categorically denied Trump’s claims about manipulating search results, emphasizing that political ideology plays no role in the company’s aim to surface “the most relevant answers” to every search query.

The fact that Google has spent two days on the receiving end of Trump’s social-media catapult is a sign of how complicated Silicon Valley’s position in politics has become. While accusing tech companies of bias is in line with criticisms that other conservatives have been leveling lately, Republicans in Congress have been even more loathe to regulate Big Tech than their Democratic counterparts. And while going after Google may rile up part of Trump’s base, Rep. Ro Khanna, a Democrat who represents part of Silicon Valley, says this is a “dumb fight for Trump to pick.”

“The thing about Google, Facebook and Twitter is that everyone needs them including Trump,” Khanna tells TIME. Politicians, conservative and liberal, are desperate for tech companies to bring jobs to their communities, he says. Companies like Google are engines of the American economy, and despite all the criticism big tech firms have endured in recent years — for issues ranging from their handling of hate speech to violations of user privacy — consumers have yet to turn against them. In a July poll released by Pew, 74% of Americans said that tech firms, on balance, had a more positive than negative impact on their own lives.

“I don’t think he will be able to turn tech into the villain,” Khanna says, casting Trump as “the greatest user of social media” in American political history. “He recognizes that Silicon Valley fuels the stock market he brags about.”

That is one of the reasons that Republicans in Congress have been so reticent to regulate tech companies, fearing that it could hamper innovation or jobs. Another is that lawmakers struggle to keep with technology in general, so regulations can quickly become outdated. Tech firms like Google also have influential lobbying operations and in recent years have been donating millions to Republicans and Democrats alike.

For some members of Trump’s base, that is all beside the point. They cast Silicon Valley as a cultural enemy, a coastal bastion of politically correct elites who are having an outsized effect on the culture. When right-wing provocateur Milo Yiannopoulos was planning a four-day free speech event at Berkeley last year (which never materialized), Silicon Valley was one of the purported “enemies” of free speech that he vowed to take on. The firing of Google engineer James Damore became a pet cause for the far right, and conservatives have accused platforms like Facebook and Twitter of censoring right-wing views — claims that those companies, like Google, have denied.

The controversy is likely to continue next week. Issues regarding free speech, and the role tech platforms now play in the dissemination of information, will no doubt crop up at the Senate Intelligence Committee’s Sept. 5 hearing on social media and foreign interference in elections. Representatives from Google, Facebook and Twitter are expected to be in attendance. 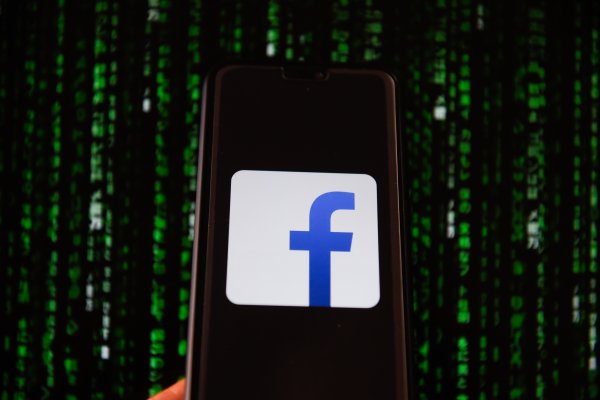 Campaign Uncovered by Facebook 'Probably' Russian
Next Up: Editor's Pick