The powerful gene editing technology CRISPR is one small step closer to treating a human disease.

In a new paper published in Science, researchers led by Eric Olson, professor and chair of molecular biology at UT Southwestern Medical Center, reported that he and his team successfully used CRISPR to correct the genetic defect responsible for Duchenne muscular dystrophy in four beagles bred with the disease-causing gene. It’s the first use of CRISPR to treat muscular dystrophy in a large animal. (Previous studies had tested the technology on rodents.) In varying degrees, the genetic therapy halted the muscle degradation associated with the disease.

Duchenne is caused by mutations in the dystrophin gene, which codes for a protein essential for normal muscle function. People born with the disease are often eventually confined to wheelchairs as their muscles continue to weaken, and in the later stages, many rely on ventilators to breathe as their diaphragm muscles stop working. Eventually, they develop heart and respiratory failure.

Olson and his team “fixed” the mutated dystrophin gene in four dogs by splicing out an offending section of the gene using CRISPR. The gene editing technology, discovered in 2012, can cut out sections of DNA at precise locations (and also potentially introduce new DNA as well). In the case of Duchenne, says Olson, simply snipping out a section of the mutated dystrophin gene allows the gene to make enough of the proper protein that muscles need to function.

Olson tried two different methods of injecting the CRISPR molecular scissors. With two dogs he directly injected the CRISPR technology into muscle, while in two other dogs he injected the same CRISPR technology into the bloodstream, so it could travel to more parts of the body and have a broader effect on different types of muscle from the limbs to the heart and diaphragm. Because Duchenne seems to affect the heart and respiratory system muscle preferentially, he also loaded the CRISPR cutting complex onto a molecular vehicle, a cold virus that was modified to seek out and splice DNA in those muscle cells in particular.

“I was frankly exuberant by the results,” says Olson. “It was jaw dropping.”

In the dogs that had received the systemic injections, he found that muscle cells in various parts of their bodies, including the heart and diaphragm, were churning out healthy dystrophin protein at anywhere from 3% to 90% of the normal levels eight weeks after injection. Olson says that muscular dystrophy experts believe that if dystrophin levels in affected people were raised to 15% of normal, it would make a dramatic difference in their lives and their ability to function. The dogs receiving the CRISPR injections directly into their muscle also showed higher levels of dystrophin production, but just in those muscles specifically. Because Duchenne affects deep organs like the heart and respiratory system, Olson says finding a way to deliver CRISPR more widely, without repeated and multiple injections, is preferable.

The idea is that CRISPR would essentially delete the mutation in muscle cells, and return the affected dogs to a nearly normal state. So far, the animals continue to make higher amounts of dystrophin after eight weeks.

The study is the latest in an encouraging string of results in applying CRISPR to treat human disease. Researchers have also successfully used the gene editing technology to splice out HIV from both infected human cells in the lab and in living mice and rats, and are close to beginning trials to blood disorders like beta thalassemia and sickle cell anemia. Scientists have even corrected a genetic heart defect in embryos in the lab, which were not allowed to develop further or be implanted for ethical reasons. While serious questions about the safety of CRISPR-based therapies remain — some studies revealed greater than expected side effects from overzealous DNA snipping, for example — both academic and commercial researchers remain committed to investigating CRISPR as a new tool in addressing genetic diseases such as Duchenne.

Olson is encouraged by the results, even if they came from just a few dogs. They provide some reassurance that Duchenne, which is often diagnosed before people start to notice symptoms of muscle weakness, might be halted in its tracks before important skeletal, heart and breathing muscle are damaged beyond saving. A CRISPR-based therapy, he says, may be most effective in treating young people recently diagnosed with the disease, to prevent them from ever experiencing the symptoms of Duchenne.

Even people with more advanced disease might benefit, Olson thinks, as long as there is some muscle left to maintain a certain level of function, whether that’s moving the legs and arms or keeping the heart functioning. “I absolutely believe that whatever stage we intervene with this therapy, it could halt or slow the progression of the disease from that point forward,” he says.

First, however, more studies need to be done in larger animals like dogs. Olson is planning on a longer term study to see how long the CRISPR cells remain in the dogs, and how safe the therapy is.

The hope is that if those animal studies and human trials prove this technique is safe and effective, CRISPR could potentially lead to a cure for Duchenne, Olson says. “We are going for a cure, not a treatment,” he says. “All of the other therapies so far for Duchenne muscular dystrophy have treated the symptoms and consequences of the disease. This is going right at the root cause of the genetic mutation.” 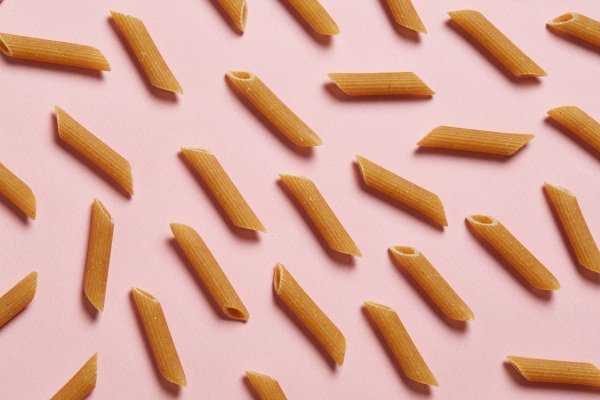 Study: Low-Carb Diets May Not Be Healthy
Next Up: Editor's Pick